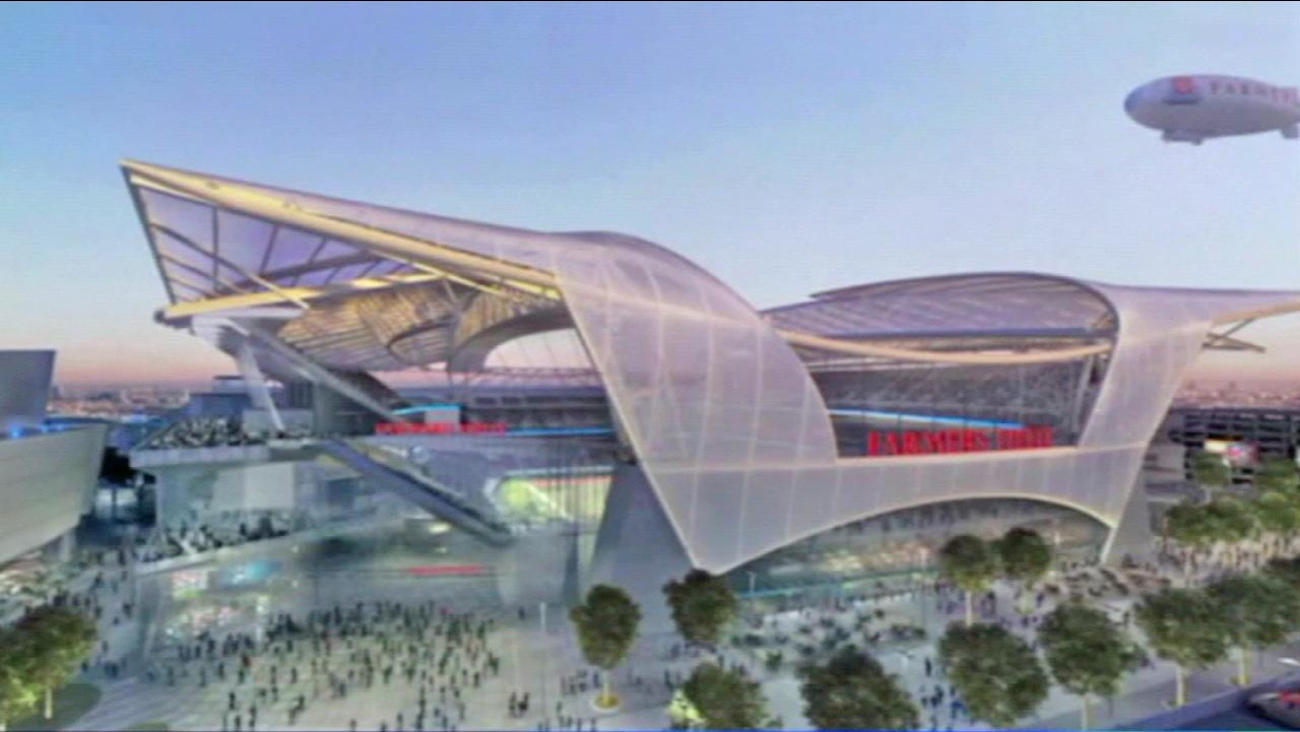 This file photo shows a proposed football stadium for an NFL team in downtown Los Angeles.

LOS ANGELES -- Plans have been abandoned for an NFL stadium in downtown Los Angeles, the developer announced Monday.

As recently as late last year, AEG's Farmers Field project was the front-runner for returning the league to the region, but with no franchise attached and two competing projects emerging that have NFL owners on board, the downtown plan went into a steep and speedy decline.

"We are no longer in discussion with the NFL or any NFL team," said Ted Fikre, Vice Chairman Ted Fikre of AEG, AEG, which owns the NHL's Los Angeles Kings and the downtown Staples Center, home of the NBA's Lakers and Clippers.

The developer had spent five years and at least $50 million in trying to add the NFL to its arsenal and restore it to the city, but now said it will focus on other downtown development projects.

The announcement leaves two clear contenders for the NFL's return to the area for the first time in two decades, both in cities just outside Los Angeles: A stadium in Inglewood proposed in January with the backing of St. Louis Rams owner Stan Kroenke, and a project in Carson announced last month with the joint backing of the Oakland Raiders and San Diego Chargers.

The downtown project - which would have been unusual for the NFL where most venues are in suburbs instead of city centers - appeared to gain new life in October when the developer asked for and received from the city a six-month extension for its deadline to attract an NFL team for the project. AEG cited "new dialogue" with the league.

But Fikre said Monday that it will allow that extension to expire in April with no renewal.

The project's boosters included Mayor Eric Garcetti, much of the City Council and local business leaders.

Michael Eisner, ex-chief executive at the Walt Disney Co., told The Associated Press in November that Farmers Field would have been an ideal addition to the reemergence of downtown LA.

"It just felt to me that if we could pull this off, particularly in the downtown area, that the renaissance of Los Angeles ... could be enhanced," he said.

"I'm a Disney guy," Eisner said. "I'm looking for the end of the movie to be happy."