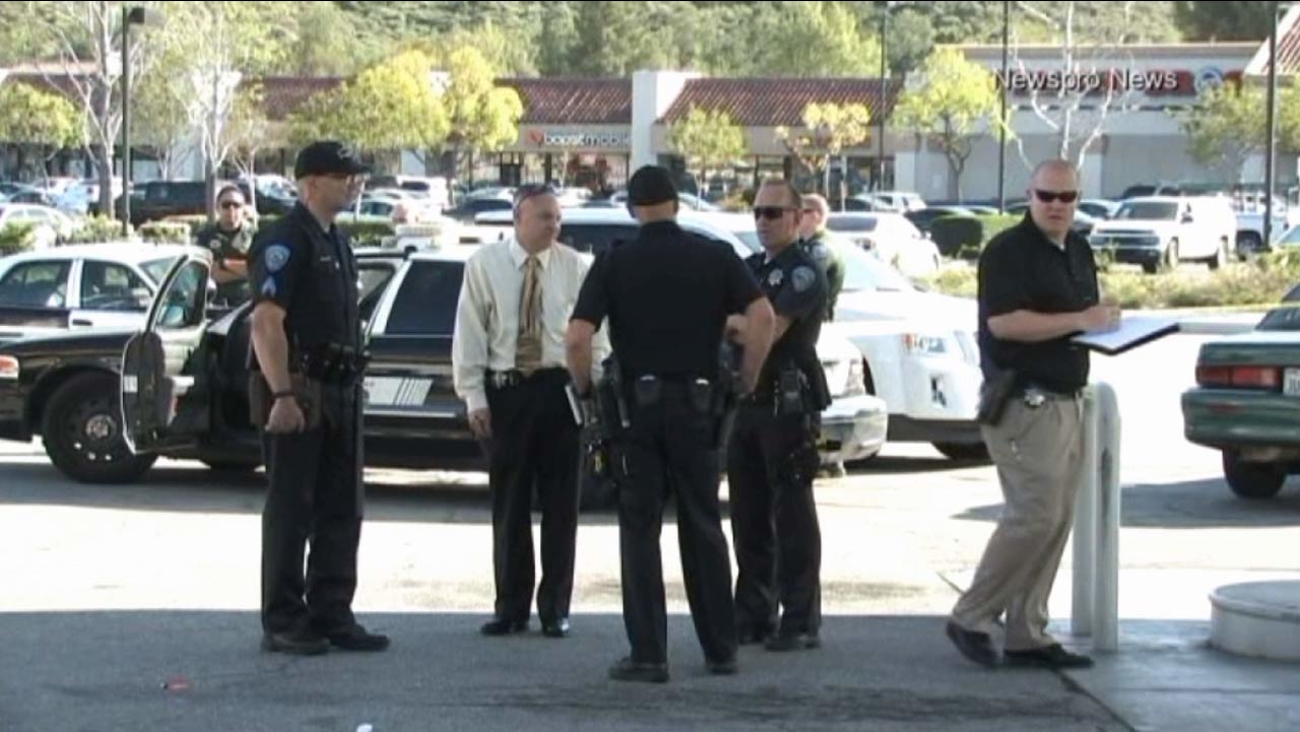 San Bernardino police investigate the scene of a fatal shooting at a Valero gas station on Saturday, March 21, 2015.

SAN BERNARDINO, Calif. (KABC) -- One man was fatally shot after exchanging words with two men at a Valero gas station in San Bernardino Saturday. The two suspects remain at large.

San Bernardino police received a call regarding shots fired at the gas station off W. Kendall Drive at 1:38 p.m.

While officers were heading to the scene, a second call came in regarding a shooting victim at a home in the 400 block of W. 48th Street. The victim who was shot at the gas station was identified as Marc Anthony Garcia. He was taken from the home to a fire station at 40th Street and Electric Avenue by a friend. The victim was then transported to St. Bernadine's Hospital, where he succumbed to his injuries.

During the investigation, authorities discovered that Garcia was a passenger in a car that was driven by 22-year-old Esteban Abarca. The pair had stopped at the station to get gas, and Garcia exchanged words with two men who were parked next to a gas pump.

As the pair drove out of the station, one of the men at the pump fired several shots at Garcia and Abarca. The car was hit several times and one of the bullets entered the car, striking Garcia. He was taken home before being taken to the fire station, authorities said. Abarca was not injured.

It is unclear if the shooting was gang-related. The suspects were described as two black males.

CORRECTION: Eyewitness News initially reported a second victim had been injured. Esteban Abarca, 22, of San Bernardino did not sustain any injuries.