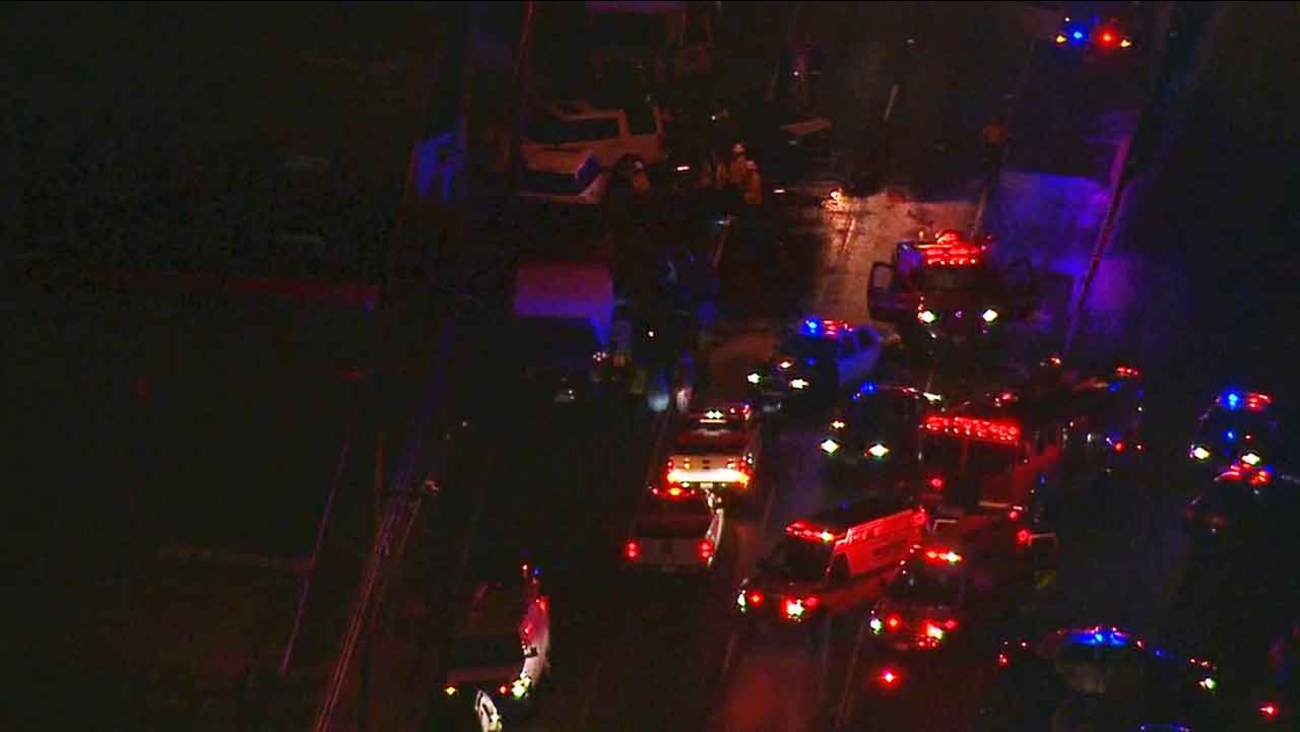 Three pedestrians were injured in a traffic collision in the 20000 block of Pacific Coast Highway in Malibu Tuesday, March 31, 2015.

According to sheriff's officials, a driver in a Camaro lost control of the car and crashed into five parked vehicles and a fire hydrant in the 20000 block of Pacific Coast Highway at about 8:15 p.m.

Three people inside those parked cars were taken to the hospital with non-life-threatening injuries.

This all happened next to a movie shoot near Big Rock Drive and Los Flores Canyon Road. All lanes of the PCH were reopened shortly after midnight.

It's not clear if alcohol was involved and police have not made any arrests as of Wednesday morning.