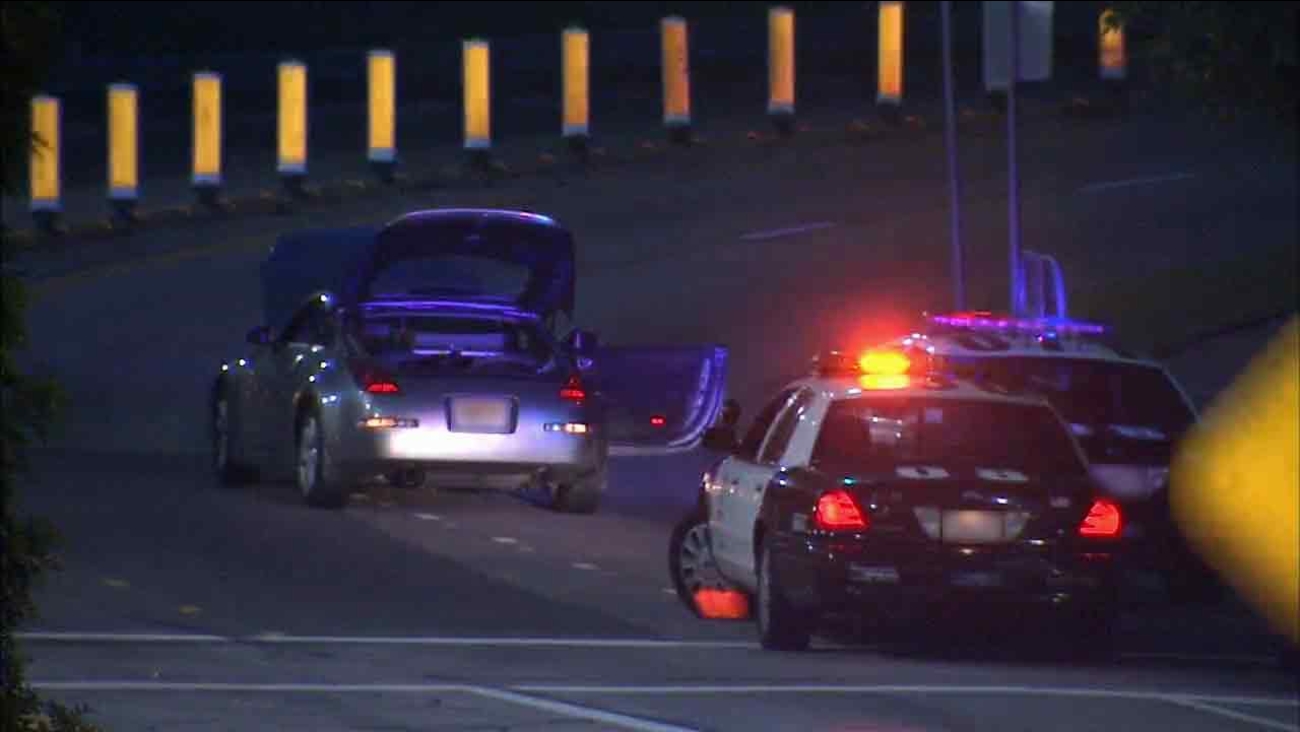 LAPD patrol vehicles are shown at the scene of a bomb threat investigation in the Westwood area on Monday, April 13, 2015. (KABC)

WESTWOOD, LOS ANGELES (KABC) -- No explosives were found in a car involved in a bomb threat on the 405 Freeway in Westwood early Monday morning.

According to authorities, a suspect called police and claimed he had a bomb in his vehicle in the 1800 block of Avenue of the Stars around 3:50 a.m

When officers responded to the scene, the suspect took off and a short chase ensued. The pursuit ended on the northbound 405 Freeway at Sunset Boulevard, where the suspect was taken into custody.

A bomb squad was called to the scene to investigate the situation. No explosives were found in the car, which was impounded.

The northbound 405 Freeway Sunset Boulevard off-ramp was shut for the investigation but has since reopened.