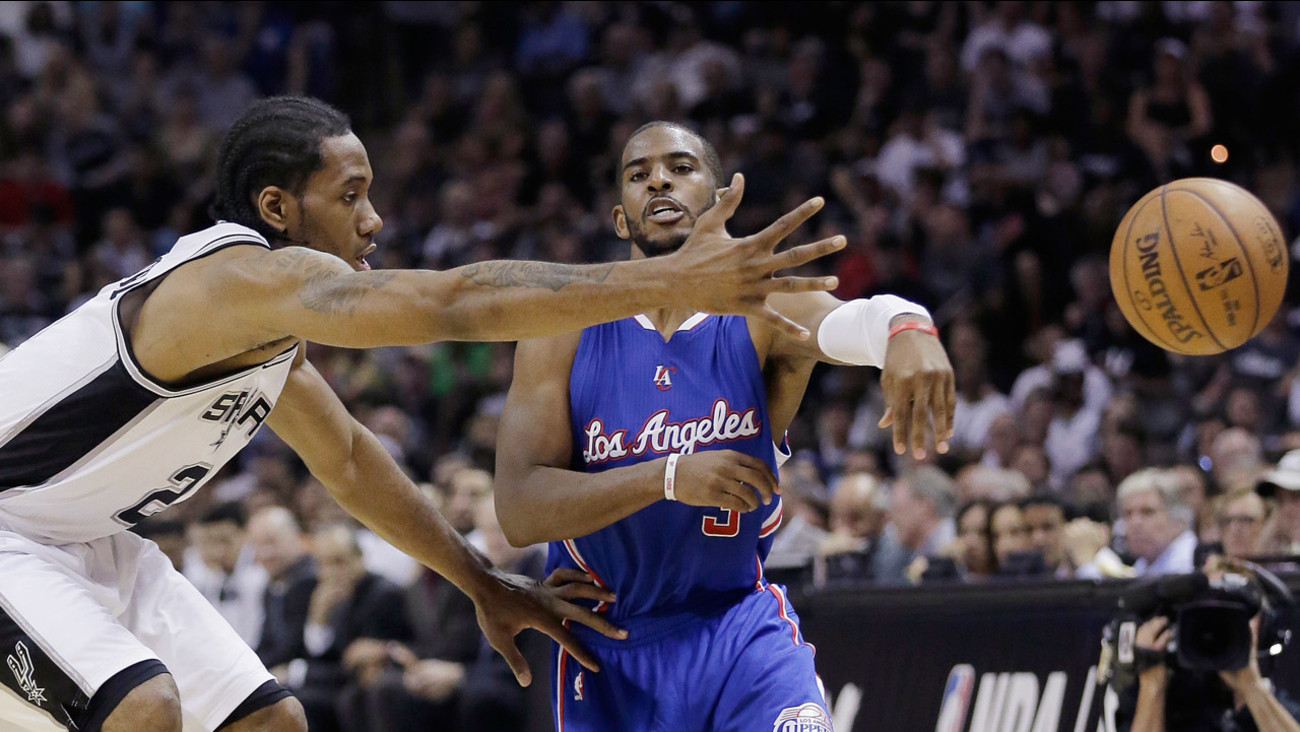 J.J. Redick scored 17 points for the Clippers and Austin Rivers provided an unexpected boost off the bench with a postseason career-high 16 points.

The Clippers, who bounced back from a 100-73 loss in Game 3, host Game 5 on Tuesday. This is the only series that is tied after four games.

Kawhi Leonard scored 26 points, Tim Duncan had 22 points and 10 rebounds and Tony Parker added 18 points, but Paul proved too much.

Paul hit jumpers over Parker and Duncan in scoring six straight points for the Clippers beginning midway through the fourth quarter. He then drove the lane and kicked out to Redick, who drained a 3-pointer for a 106-92 lead.

Leonard followed with consecutive 3s to pull within 106-98, but Paul settled the Clippers with a pair of free throws.

The game grew tense in the opening minutes as Parker hit the floor on a drive and screamed for a foul on Paul, yelling, "I'm bleeding! I'm bleeding!" and pointing to a cut along his left eyebrow. Parker and San Antonio coach Gregg Popovich's tirades led Paul to scream for a technical that wasn't called.

Paul charged into Duncan off an inbounds two possessions later, drawing a blocking foul on the Spurs veteran. Both players stared angrily at each other, with Duncan rising and telling an official, "He kicked me! He kicked me!" after the foul.

The exchanges energized the lethargic Spurs, especially Parker, who keyed a run. Parker, who was limited to 17 points on 7-for-28 shooting in the first three games, had eight points in the opening 8 minutes.

Paul didn't need any added incentive, pushing his way into the chest of every defender the Spurs threw at him large or small to clear space for drives and mid-range jumpers.

The Spurs never trailed in Game 3, but DeAndre Jordan staked the Clippers to a 6-0 lead Sunday. He blocked the game's initial shot, a 13-foot jumper by Leonard near its apex and scored the Clippers first points on an alley-oop dunk. Jordan later set a jarring pick that dropped Leonard to the court and freed Redick for a layup to close the early run.