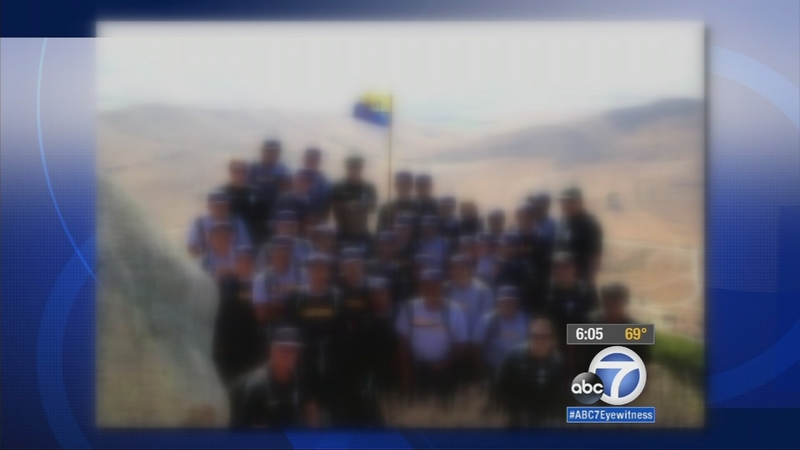 COMMERCE, Calif. (KABC) -- An investigation is underway into allegations that several kids were mentally and physically abused during a weeklong police-run boot camp for at-risk youth.

The investigation began May 28 after one child claimed abuse by drill instructors at a Leadership Empowerment and Discipline Boot Camp in San Luis Obispo. Promotional materials say the program is designed for children experiencing behavior or disciplinary problems.

Attorney Greg Owen, surrounded by parents of some of the youngsters, said during a news conference that the kids were beaten bloody, and one suffered broken fingers.

"They had him by the neck with their forearm, and they just beat him in his head, his stomach everywhere," said Bridgette Salazar.

"When they didn't do their exercise the way they were supposed to, they were stomped in the back, their fingers were stepped on," Pulido said.

Veronica Bernal says her 16-year-old son was abused at the hands of police officers, while attending the boot-camp.

The camp, held May 17 to 24, was under the sponsorship of the Huntington Park and South Gate police departments. The program costs $400 and is for children between 11 and 17 years old.

So far, only 7 of the 36 children who attended last month's camp are alleging abuse, but some parents at Wednesday's news conference say others are afraid to come forward.

The Huntington Park and South Gate police departments are investigating, as well as the San Luis Obispo County Sheriff's Department.