At Least 20 Dead in Terror Attack at Tunisia Museum 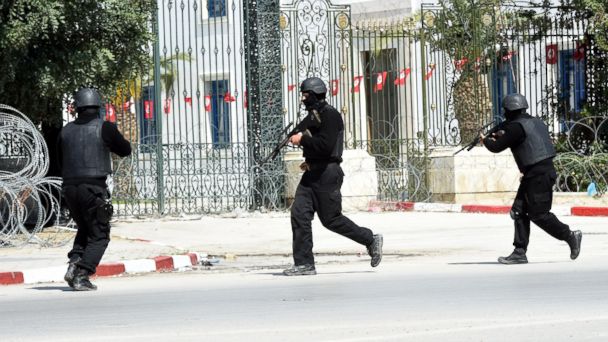 At least 20 people have been killed in a shooting attack at the Bardo Museum in Tunisia, including 17 foreign nationals, Tunisian officials said today.

The tourists were attacked while they were getting off a bus to enter the museum, Essid said, noting this is the first attack there targeting tourists.

The attackers were wearing military fatigues, and when the tourists ran toward the museum to avoid the shooting, the attackers pursued them, Essid said.

An additional 22 tourists and two Tunisians were injured, he said.

Radek Sikorski, speaker of Polish Parliament, said seven Polish tourists were dead and three were in in critical condition. And the Italian Foreign Ministry told ABC News that three Italians were dead and six were wounded.

The country's Interior Ministry initially said earlier today that eight people had been killed but also noted that a number of hostages were also being held captive in the museum and that security forces were deployed inside it.

Carina D. Klein, a spokesperson for the U.S. Embassy in Tunis, told ABC News they cannot confirm nor deny whether Americans are among the those dead in the attack.