LOS ANGELES (KABC) -- Three men have been charged with the 2002 kidnapping and murder of a 15-year-old girl who was taken on her way to school in Montebello.

Eddie Chavira, 30, Daniel Cervantes, 35, and George Barraza, 35, were charged with murder for their role in the death of Brenda Sierra.

Prosecutors allege Chavira, who was in custody for a shooting witnessed by Sierra's relative, told a fellow gang member that he was going to have a witness taken care of. At one point between Oct. 7, 2002 and Oct. 18, 2002, he contacted his sister Rosemary Chavira, then 15, to help with getting other gang members involved.

Sierra was kidnapped on Oct. 18 on her way to Schurr High School and later raped and killed. Her body was found the next day with blunt force trauma to the head in the San Bernardino Mountains, prosecutors said.

Chavira, who is in prison for an unrelated manslaughter conviction, was charged with murder and conspiracy to intimidate a witness. He faces 25 years-to-life in prison.

Cervantes, Barraza and Rosemary Chavira, now 28, face charges of murder, conspiracy to dissuade a witness and forcible rape with the special circumstances of felony murder during commission of a kidnapping and to further a street gang.

Cervantes and Barazza may face the death penalty. Barazza remains on the run.

Rosemary Chavira pleaded not guilty in March. If convicted, she faces life in prison without the possibility of parole. 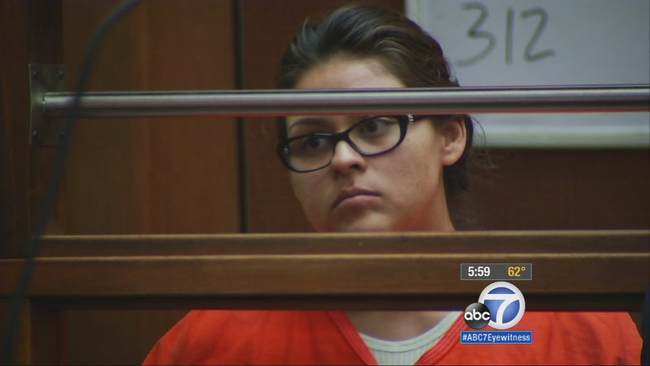