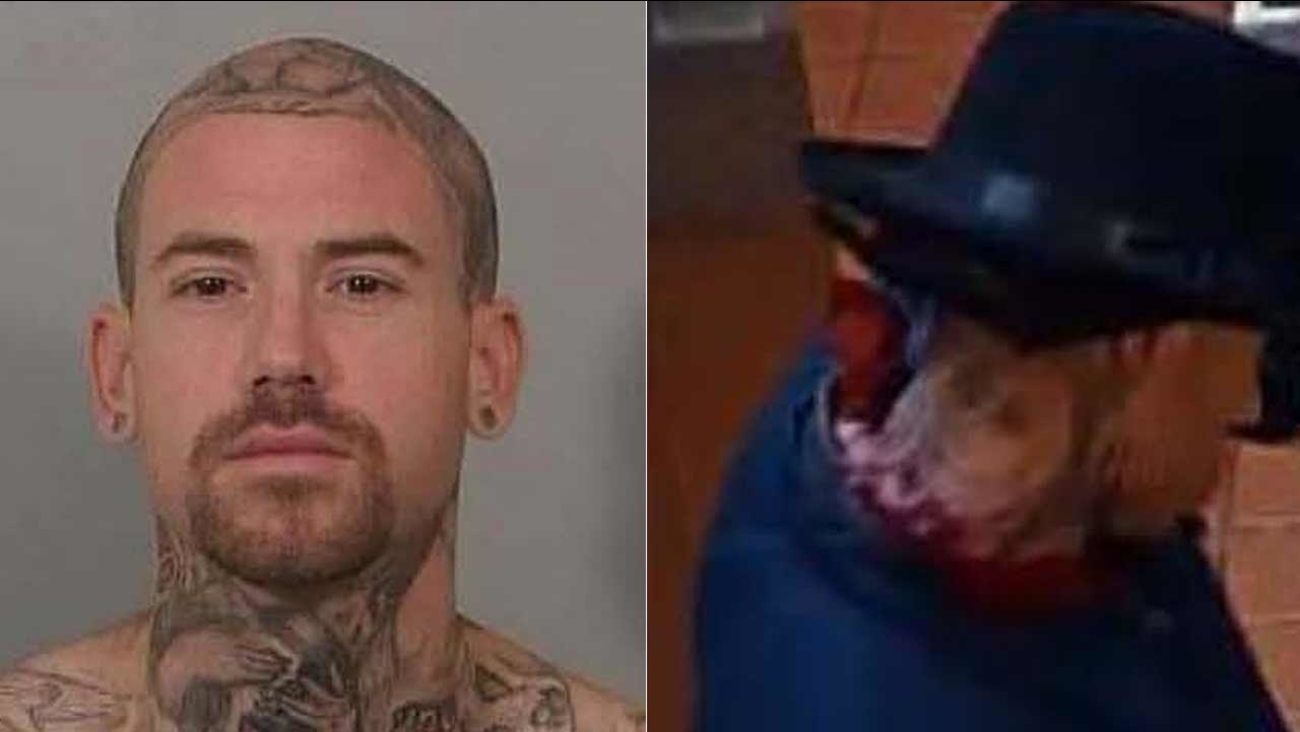 SANTA CLARITA, Calif. (KABC) -- A 32-year-old man was arrested Friday in connection to an armed robbery at a pizza restaurant in Santa Clarita earlier this month.

Jason Remon allegedly robbed Ameci Pizza in the 27500 block of Sierra Highway in Canyon Country at gunpoint on July 17. He was arrested Friday in the 8800 block of Etiwanda Avenue in Northridge, according to the sheriff's department.

The heavily tattooed man is also a possible suspect in at least two other similar crimes in the Santa Clarita area.