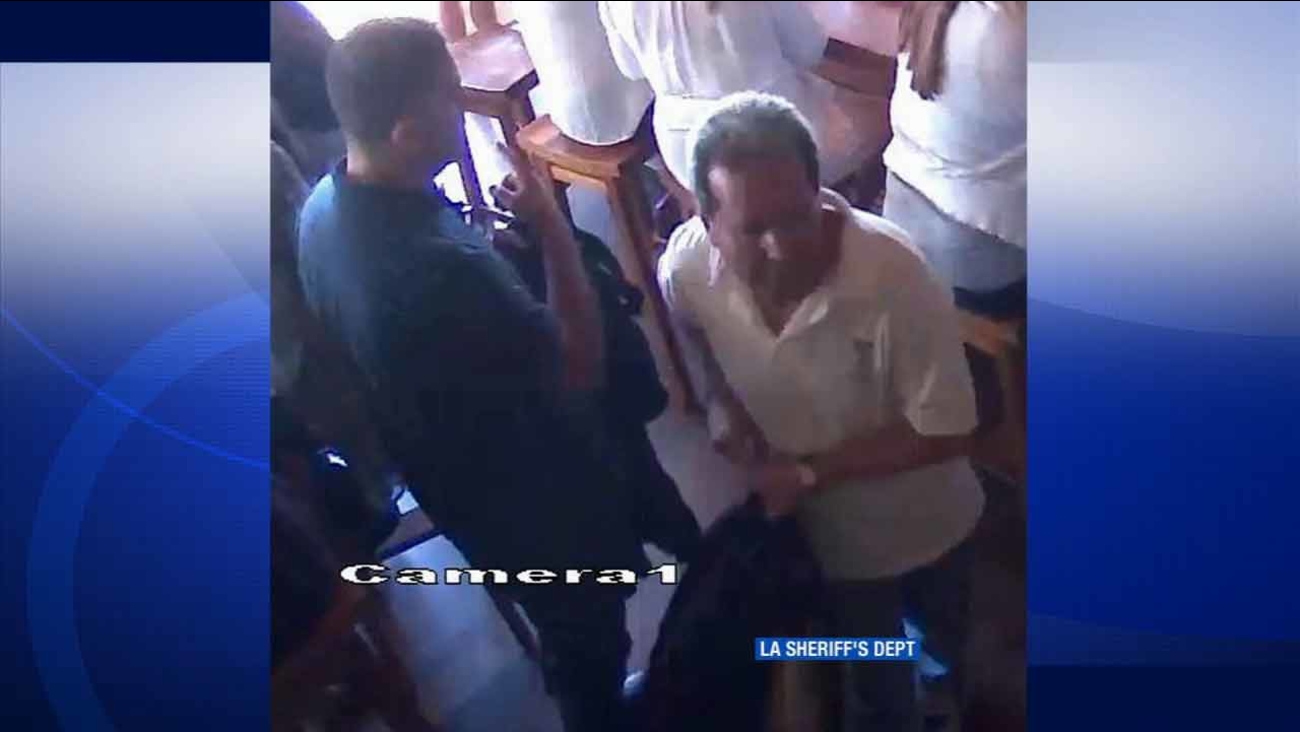 Two suspects caught on surveillance video are seen stealing a woman's purse from under a bar stool at a popular Malibu restaurant in August 2015.

MALIBU, Calif. (KABC) -- Police are searching for two suspects that stole a woman's purse at a popular Malibu restaurant in August.

Surveillance video shows the suspects taking the victim's purse from under a bar stool while she was having lunch at Nobu, located at the 22700 block of Pacific Coast Highway.

Police said the thieves reportedly tried to use her credit cards in the Santa Monica area shortly after the incident.

Authorities said anyone with information on the suspects is urged to call police at (818) 878-1808.