A 6.8 quake in Santa Barbara - did you feel it? Neither did we 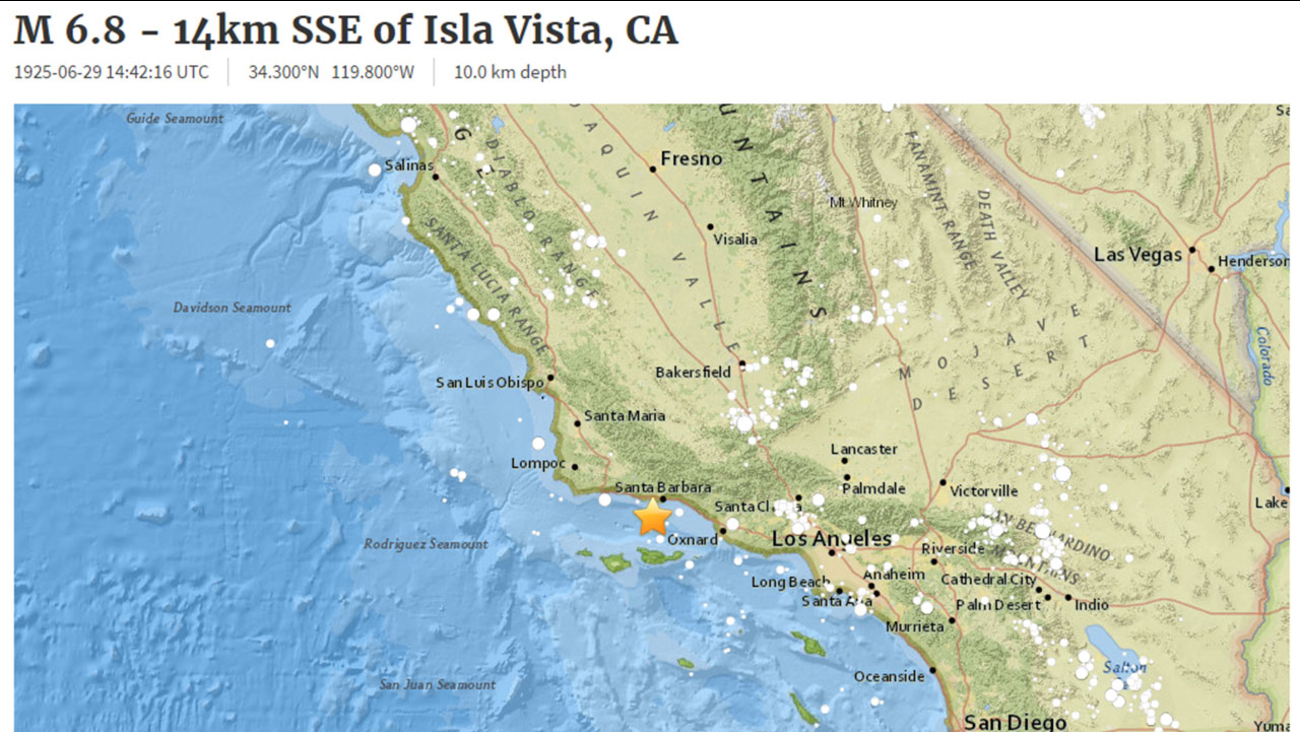 A new earthquake alert sent out Wednesday by the USGS was actually a glitch, referring to the historic Santa Barbara earthquake of 1925. (USGS)

LOS ANGELES (KABC) -- The note from the USGS sent off alarms in more than one newsroom Wednesday afternoon in Southern California.

A 6.8 magnitude earthquake in Santa Barbara?!

That's a pretty big temblor - bigger even than the Northridge earthquake of 1994 that caused massive damage and loss of life in Southern California.

The note was a little surprising, in part, because many media organizations have their own independent means of tracking earthquakes.

At ABC7, for example, a police-style flashing light goes off in the newsroom for larger earthquakes while a seismograph tracks the shaking live. It can also be watched by viewers at home on the Live ABC7 Quake Cam.

No lights went off Wednesday and the Quake Cam needle didn't budge.

Just a little closer examination of the alert, however, indicated what appeared to be a false alarm. For starters, the date was June 29, 2025. Clicking on the link brought you to the U.S. Geological Survey site, which actually said the year of the quake was 1925.

Turns out there was in fact a massive earthquake in Santa Barbara on June 29, 1925.

A software glitch at the USGS apparently triggered the system to send out a new alert based on that historic quake. The USGS said a revision of the historic information about the 1925 quake was misinterpreted as a new event.

For the record, the 1925 Santa Barbara quake was estimated at 6.8 magnitude and resulted in 13 deaths, destroying the core of the city. It also resulted in a strengthening of building codes in the area.

As for the USGS, seismologist Lucy Jones joked that they were simply getting better at predicting the future.

A software glitch turned an update of the magnitude of 1925 Santa Barbara quake M6.8 into a 2025 quake. New method for predicting quakes?