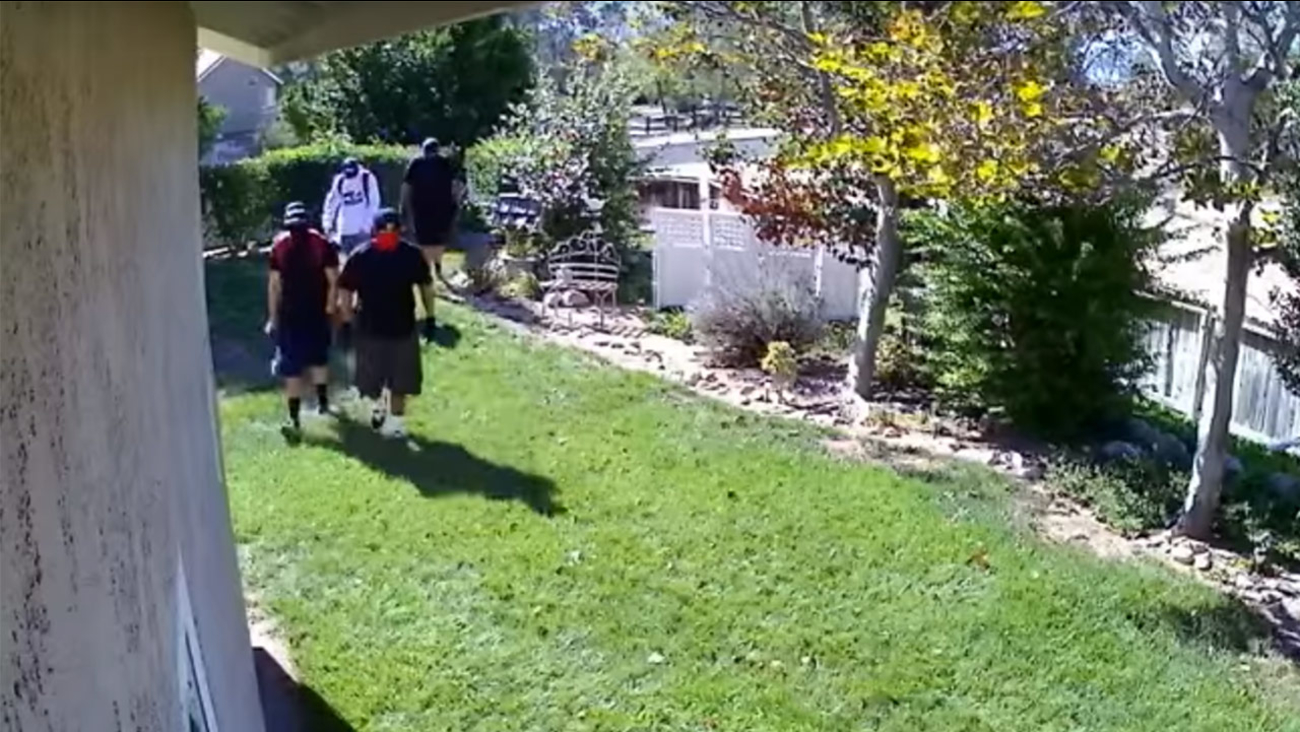 Surveillance video captures four suspects on Oct. 30, 2015, who are wanted in a string of Highland burglaries.

The San Bernardino County Sheriff's Department said the burglars have targeted two homes in Highland, one of which they attempted to break into twice.

Officials said the first home, in the 7400 block of Mountain Laurel Drive, was burglarized on Oct. 26.

Police said in this case, three suspects burglarized the victim's home by forcing open a back door.

All three suspects were captured on surveillance video.

Deputies responded to a home in the 28000 Block of Cherokee Rose Drive, which is across the street from the burglarized home on Mountain Laurel Drive, for an attempted burglary on Oct. 29.

Investigators discovered two of the three suspects from the original burglary attempted to break into the Cherokee Rose Drive home while the homeowner was inside.

Officials said at least one suspect was armed with a gun and had it aimed at the home as they approached.

As the burglars attempted to break into the home, they appeared to be scared off when they saw the victim inside and ran from the scene.

Four suspects returned to the home on Cherokee Rose Drive the following day and again attempted to break in.

Officials said at least one of the suspects was armed with a gun and had it pointed at the home again.

The suspects are described as Hispanic or white males, approximately 16 to 25 years of age.

Anyone who can help identify the suspects or has information about the burglaries is urged to call the Highland Police Department at (909) 425-9793.