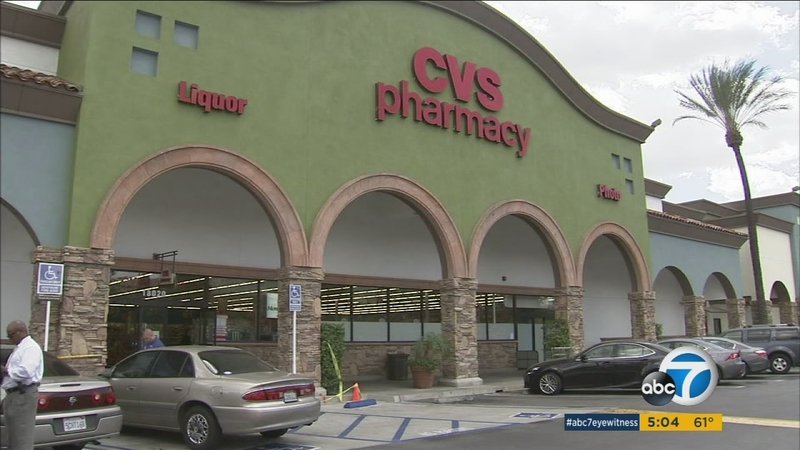 GRANADA HILLS, LOS ANGELES (KABC) -- A man robbed an armored car employee at gunpoint in the middle of a crowded shopping center in Granada Hills Tuesday and fled on foot with a bag of money, police said.

A Brink's employee was walking toward his truck around 11 a.m. after picking up money from a CVS pharmacy when an armed man confronted him and ordered him to drop the bag, police said.

The suspect also forced the employee to turn over his own gun - all in view of shoppers at the shopping center located at Chatsworth Street and Zelzah Avenue.

The man then took off on foot, getting away with an undisclosed amount of money.

Police say the suspect was wearing a gray hooded sweatshirt and his face was covered.