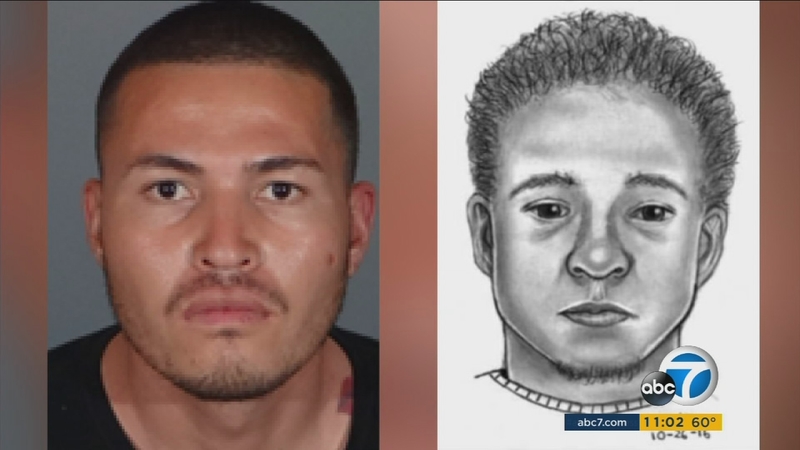 MAYWOOD, Calif. (KABC) -- Authorities released photos Thursday of a man suspected of raping a woman who was asleep in her Maywood home.