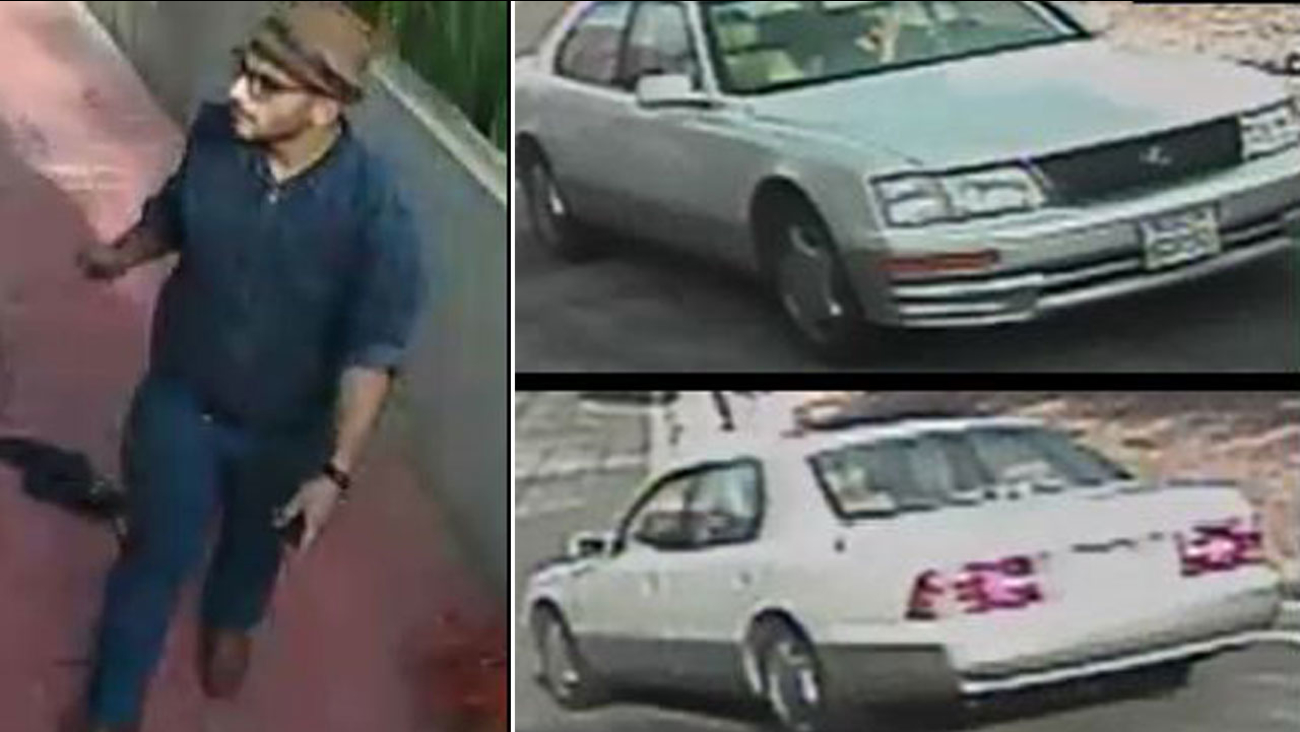 A suspect involved in a a burglary in Rancho Palos Verdes and his getaway car are shown in surveillance photos taken on April 6, 2016. (KABC)

Authorities said Canyon Country resident Rakan Helo, who is on parole for witness intimidation, is suspected of a burglary that happened in the 6100 block of Arrowroot Lane in Rancho Palos Verdes around 9 a.m. on April 6.

Security footage captured at the scene showed a suspect breaking the glass door and entering the home.

Helo is said to be driving a 1997 Lexas four-door sedan that is white and gray with a sunroof and the California license plate No. 6GSP241.

He is known to frequent the Canyon Country, Malibu and Chatsworth areas.

Helo is described as a man in his late 20s to early 30s, with black or brown facial hair. Authorities said he was last seen wearing a brimmed brown hat, black prescription glasses and a navy blue denim shirt and pants.