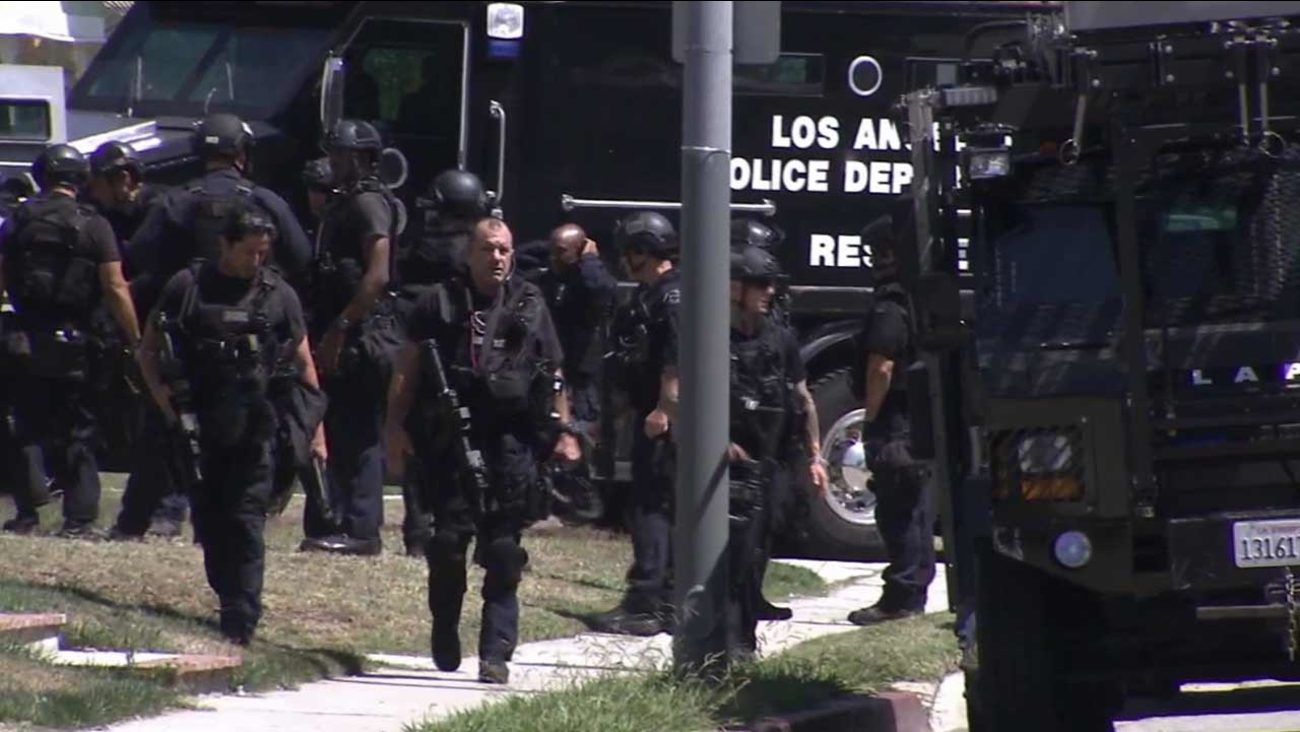 A SWAT team responds to a barricade situation in the 3800 block of Arlington Avenue in Leimert Park Sunday, June 7, 2015.

LEIMERT PARK, LOS ANGELES (KABC) -- A suspect barricaded himself inside a residence in Leimert Park for about three hours Sunday, prompting a SWAT response.

Police responded to a domestic call in the 3800 block of Arlington Avenue just before 7 a.m.

When officers arrived, they met a woman who said she had a dispute with a man and that he was still in the house with her three kids. Officers attempted to make contact with the man, but he refused to come out.

She told police she feared for her safety, and was afraid to go back inside the house.

"They have some sort of a relationship, and it appears there may have been some criminal threats back and forth, or at least from him to her, which is why we ended up getting involved because there was in fact a crime that occurred," said Los Angeles police Cmdr. Phil Tingirides.