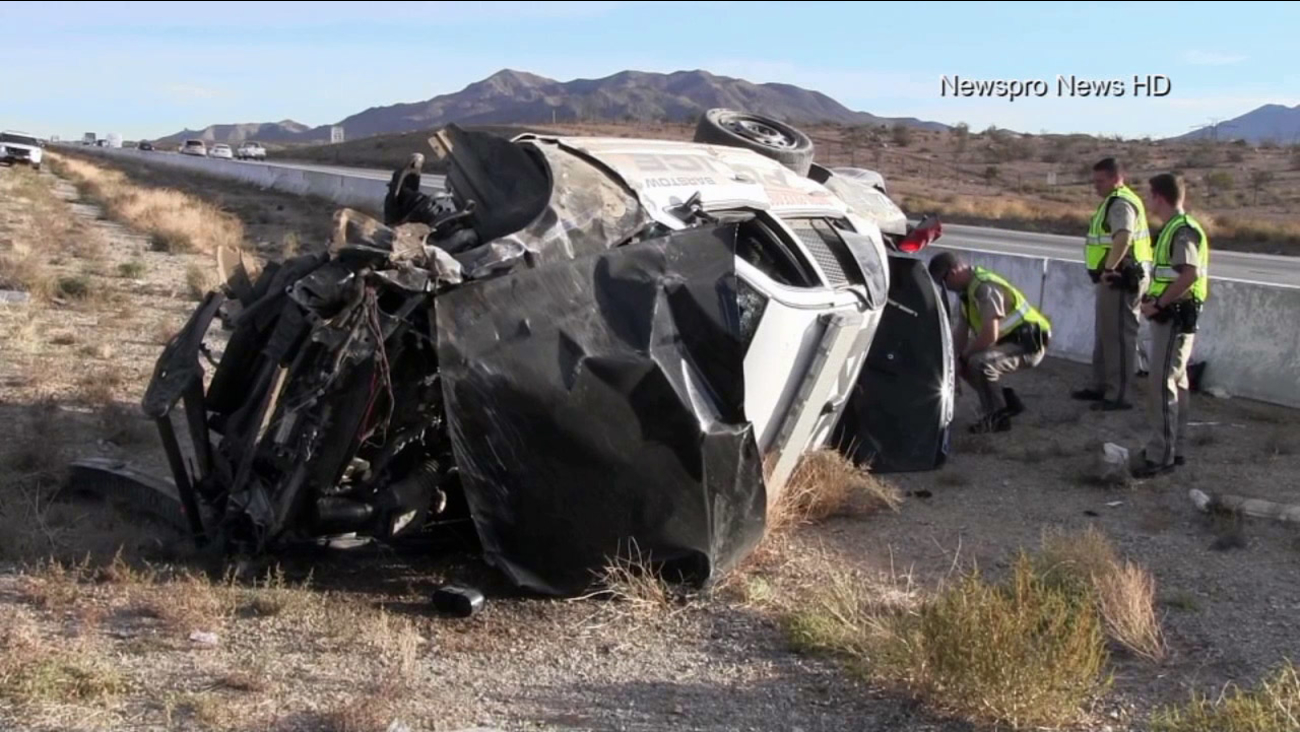 A Barstow police officer suffered major injuries in a rollover crash on Interstate 15 on Tuesday, Oct. 27, 2015.

VICTORVILLE, Calif. (KABC) -- An officer with the Barstow Police Department was flown to the hospital after a rollover crash Tuesday morning.

The California Highway Patrol said the officer was traveling southbound on Interstate 15 north of Dale Evans Parkway when the car went off the road at about 6:15 a.m.

The officer's K9 partner was also in the vehicle.

CHP said the cruiser traveled across all lanes of traffic and the dirt median, before striking the concrete median divider.

The cruiser overturned multiple times upon impact, coming to rest on the driver's side of the vehicle.

The officer suffered major injuries and was flown to Arrowhead Regional Medical Center for treatment.

The K9 was checked at the scene and appeared to have no injuries, but was taken to a veterinarian as a precaution.

I-15 southbound was temporarily shut down while the medical helicopter arrived and transported the officer.

The officer, who has not been identified, has been with the department six years and was heading home after working the graveyard shift, according to CHP.