Boy with autism, 12, fatally struck by vehicle in Tustin after running away from home, police say 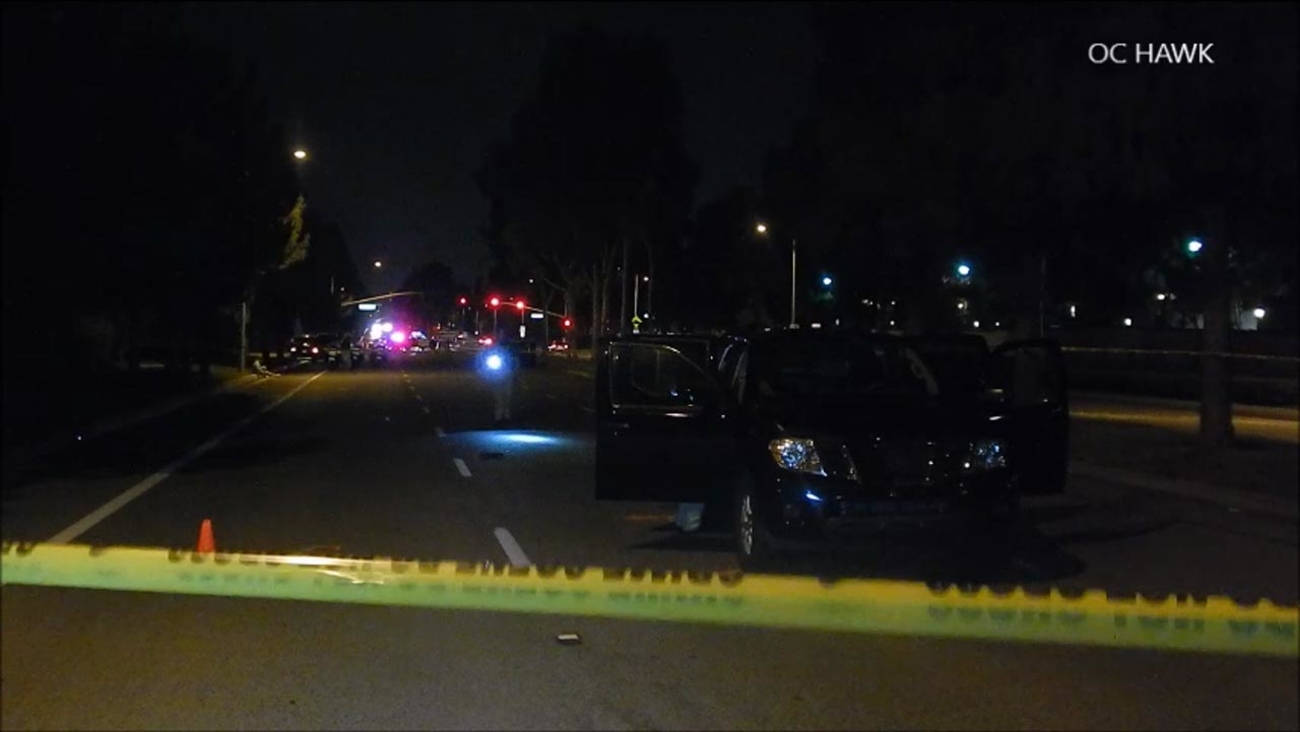 TUSTIN, Calif. (KABC) -- A 12-year-old boy with autism was fatally struck by a vehicle in Tustin on Friday evening after police received reports that he had ran way from home, authorities said.

At 7:52 p.m., a nanny called police and alerted them that the boy was missing. Minutes later, multiple 911 calls reported a child pedestrian had been hit by a vehicle in the area of Jamboree Road and Portola Parkway, according to the Tustin Police Department.

Emergency responders arrived at the scene and found the victim unresponsive, police said. He was transported to Children's Hospital of Orange County, where he succumbed to his injuries.

The driver of the vehicle, an adult male, remained at the crash site and was cooperating with investigators, according to the police department. News video showed investigators examining a black pickup truck at the location.

Neither speed, drugs nor alcohol were involved, authorities said, adding that the boy ran across the center divider and into traffic lanes before he was hit.