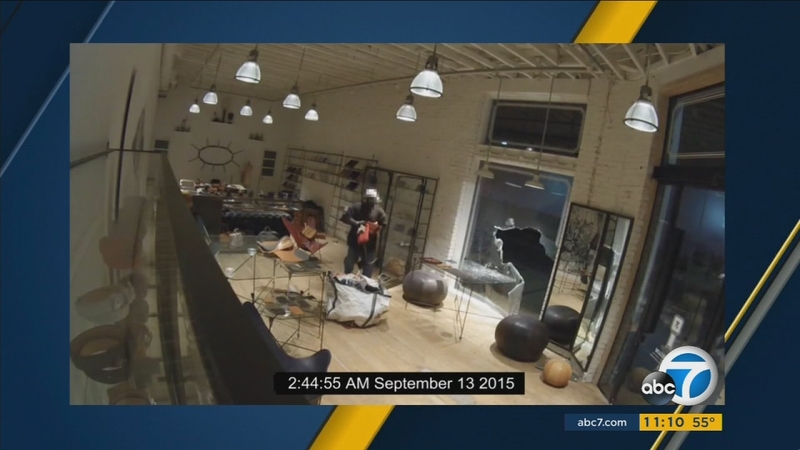 BEVERLY GROVE, LOS ANGELES (KABC) -- Police are asking for the public's help to identify a bold suspect who broke into a boutique in the Beverly Grove area of Los Angeles last week by smashing the front window of the business with a sledgehammer.

The burglary occurred at Parabellum in the 8200 block of Melrose Avenue on Friday morning, authorities said.

The suspect was caught on surveillance video cramming more than a dozen high-end handbags worth thousands of dollars into a large laundry bag.

"I'd never seen anything like it. He took his time and he climbed in, and he seemed like he was picking out what he wanted," Parabellum co-owner Jason Jones said.

He was described as a black male, between 40 and 50 years old, standing around 6 feet 1 inch tall and weighing about 260 pounds.

Several other stores Jones owns on Melrose Avenue have also been struck by burglars but it remains unclear if the same suspect is responsible.

The investigation is ongoing. Anyone with information on this incident was asked to contact the Los Angeles Police Department.