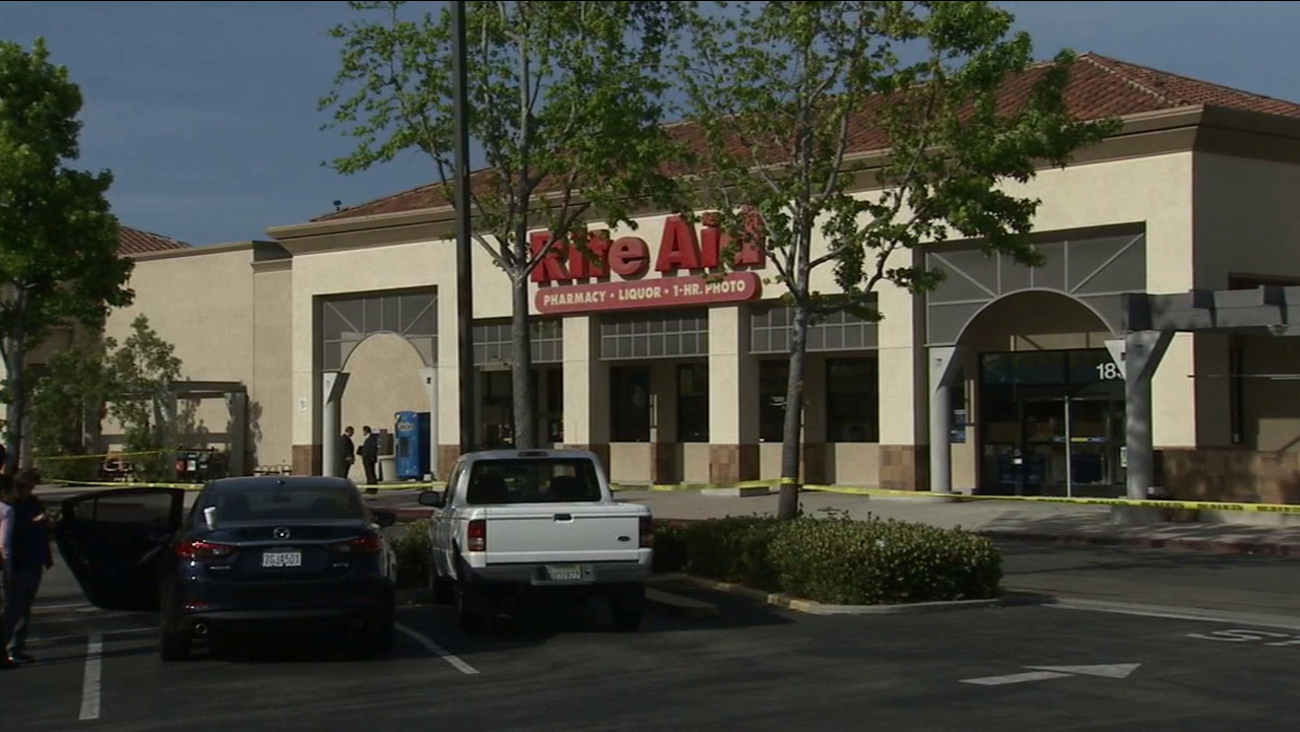 Crime tape surrounds the Rite Aid drugstore in the 18300 block of Brookhurst Street in Fountain Valley where an alleged burglary was fatally shot by police Sunday, April 26, 2015.

FOUNTAIN VALLEY, Calif. (KABC) -- An alleged burglary suspect was killed in an officer-involved shooting inside a Rite Aid in Fountain Valley early Sunday.

Officers responded to a burglary in progress call at the drugstore in the 18300 block of Brookhurst Street at about 4 a.m. A store employee told police that a man had broken through a locked glass door at the front of the drugstore and had made his way inside.

The store employee fled the store. Responding police officers surrounded the drugstore and made several attempts to contact the suspect. After several failed attempts, officers made entry into Rite Aid and found the suspect standing on a ladder.

Sgt. Tony Luce of the Fountain Valley Police Department says the suspect fought with officers as they tried to detain him.

During the struggle, the suspect bit one officer on the arm and then grabbed another officer's handgun. After making repeated commands to let go of the firearm, an officer fired a single round.