KABC
By Hanna Chu and Rob McMillan
SAN BERNARDINO, Calif. (KABC) -- More than four years after the mysterious disappearance of the McStay family, a suspect was arrested and charged in the murder of the family of four at their Fallbrook home.

Authorities say 57-year-old Charles "Chase" Merritt beat to death a family of four, and then dumped their bodies in the middle of the desert.

"You have no idea what this means," said brother Michael McStay as he fought back tears. "I had said that I just wanted to see it through to the end. Joseph was a great brother, a great father. He would have done anything to protect those boys and Summer."

Merritt, a business associate of 40-year-old Joseph McStay, allegedly killed the family at their residence on Feb. 4, 2010, investigators said.

"Less than a year ago, I made a promise to the family that our department would do everything in our power to solve this case, and although we can never bring them back, I hope that this provides some level of closure," said San Bernardino County Sheriff John McMahon during a news conference.

Then on Nov. 11, 2013, the skeletal remains of the family of four were found in two shallow graves near Victorville, and the missing persons case immediately turned into a homicide investigation.

"The San Diego County Sheriff's Department turned over nearly 4,500 pages of investigative material that was reviewed by our detectives; 60 search warrants were served, and over 200 interviews were conducted," McMahon said.

Merritt was taken into custody in Chatsworth after a traffic stop on Wednesday and booked at West Valley Detention Center. McMahon said they believe Merritt acted alone in the murders, and no other suspects were sought. 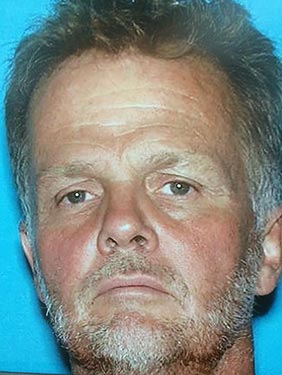 Charles 'Chase' Merritt, the suspect in the murders of the McStay family of four, is seen in this photo from the California Department of Motor Vehicles.

"I don't need to tell you that this was a cold and callous murder of an entire family," said San Bernardino County District Attorney Mike Ramos.

Ramos announced that four counts of murder have been filed, as well as a special circumstance of multiple murders, making Merritt eligible for the death penalty.

The cause of death was "blunt force trauma," but a motive for the murders has not been disclosed yet.

Merritt and Joseph McStay both owned their own businesses. Joseph McStay built backyard waterfall systems, and Merritt was a designer. They became friends and helped each other out.

"(Joseph) tried to help Chase and provide work for this guy, and this was how he was repaid," said Michael McStay.

In an earlier interview with CNN, Merritt said he was definitely the last person Joseph McStay saw before the family disappeared.

Merritt appeared at the Victorville Courthouse on Friday afternoon, where his arraignment hearing was continued to Nov. 12. He is being held without bail.