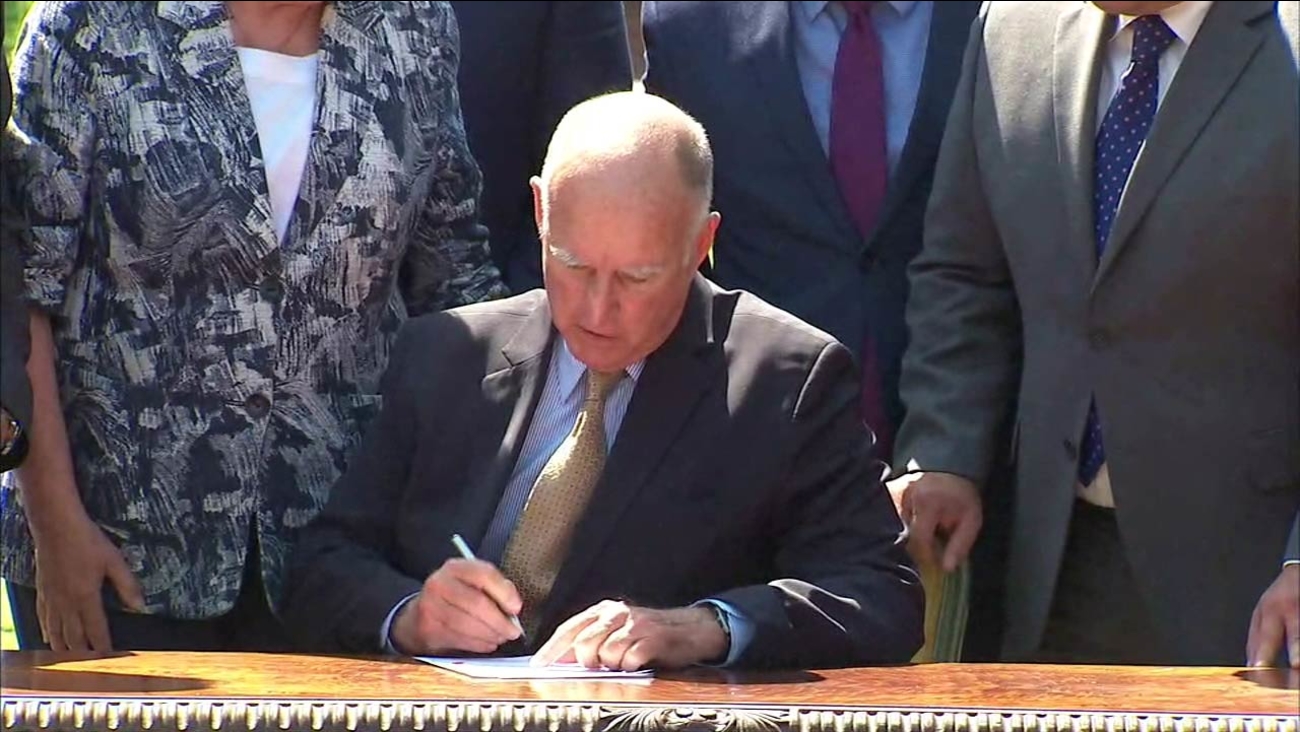 The Democratic governor signed the legislation in a Los Angeles park amid opposition from the oil industry, business groups and Republicans. It expands on California's landmark 2006 law, which set a target of reducing greenhouse gas emissions to 1990 levels by 2020.

The state is poised to meet or exceed that benchmark, with steps including restricting the carbon content of gasoline and diesel fuel, encouraging sales of zero-emission vehicles and imposing a tax on pollution, Brown said.

The new law goes further, aiming to reduce emissions 40 percent below 1990 levels by 2030, which the governor called the most aggressive target enacted by any government in North America. Brown, who has traveled the world promoting greenhouse-gas reduction efforts, issued an executive order last year setting those goals.

Supporters overcame strong opposition from oil companies and other industry interests to pass the bill a year after business-friendly Democrats in the Assembly derailed an even more ambitious proposal to limit the use of oil in the state.

Brown said at a gathering in Sacramento a day earlier that critics have long tried to scuttle reforms by saying they aren't feasible.

"It wasn't too many years ago that our electric utilities said they could not get to 20 percent renewable electricity," Brown told a meeting hosted by the California Independent System Operator, which oversees the state's power grid. "Well, this month it's been over 26 percent. They said they couldn't get there by 2020. Now, they're all saying - all the major privately owned utilities - they can get to 50 percent by 2030."

Brown also signed another bill that provides more legislative oversight of the appointed Air Resources Board, which is responsible for implementing the law, and gives aid to poorer areas that lawmakers say have suffered the most harm from climate change.

Despite his action, the state's best known emissions reduction measure remains in jeopardy. The California Chamber of Commerce has a pending legal challenge to the tax on carbon known as cap-and-trade, which requires polluters to buy permits to emit greenhouse gases. The last two permit sales also have fizzled.