KABC
By Rob McMillan and ABC7.com staff
RIALTO, Calif. (KABC) -- The driver of a stake-bed truck led police on a wild high-speed pursuit through several Southland cities for about an hour and a half on Thursday afternoon. After being arrested, police determined the man is a wanted serial bank-robbery suspect.

A commercial steel business in Santa Fe Springs reported possible fraud involving a $12,000 order of steel to Whittier Police at about 10:15 a.m. Police officers arrived and attempted to stop the driver who had picked up the order of steel in his truck. The driver failed to stop and a police pursuit was initiated.

The chase proceeded from Santa Fe Springs and went through Whittier, La Habra and Brea. Whittier Police chased the suspect northbound on the 57 Freeway, then to the eastbound 60 Freeway. CHP took over the pursuit in the area of the 60 and Central. At one point, the suspect, who was wanted for grand theft auto, drove the wrong way on the 215 Freeway in the Riverside area.

Police said the suspect, identified as 53-year-old Stephen Richard Bartlett, threw a gun from the vehicle in Santa Fe Springs. Police recovered the gun, which was found to be a replica.

At one point Bartlett stopped the truck on a freeway and tried to jump a fence, but decided to get back into the truck and continue driving.

The driver hit a wall and lost control of the truck on the westbound 210 Freeway in Rialto, causing the truck to go airborne and land on its side. He did not appear to suffer any major injuries. The suspect, who appeared dazed, climbed out of the vehicle and surrendered to authorities. He was then taken into custody without incident. 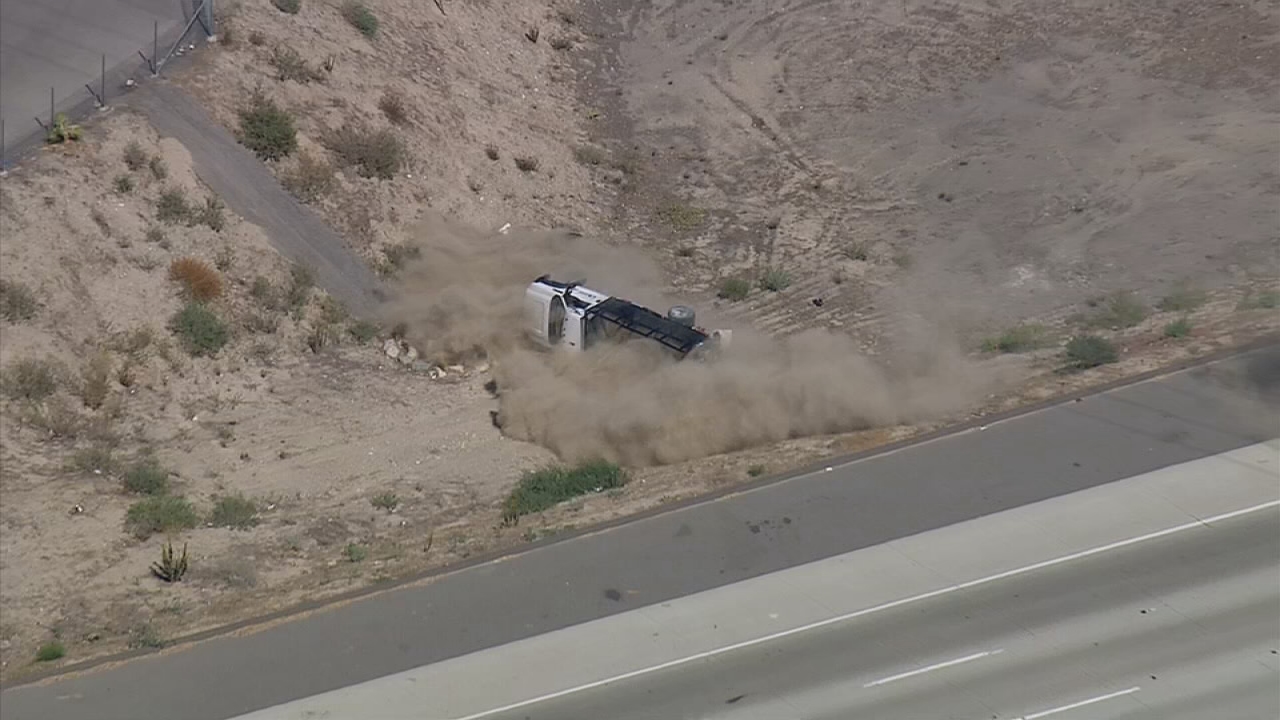 Chase suspect crashes on 210 Freeway in Rialto
A grand theft auto suspect led authorities on a wild high-speed pursuit throughout the Southland on Thursday.

Bartlett was hospitalized with minor injuries after Thursday's pursuit.

It was later determined that Bartlett was wanted for a series of up to 10 bank robberies in Santa Barbara, Orange County and San Diego attributed to the "Hills Bandit," according to the FBI. 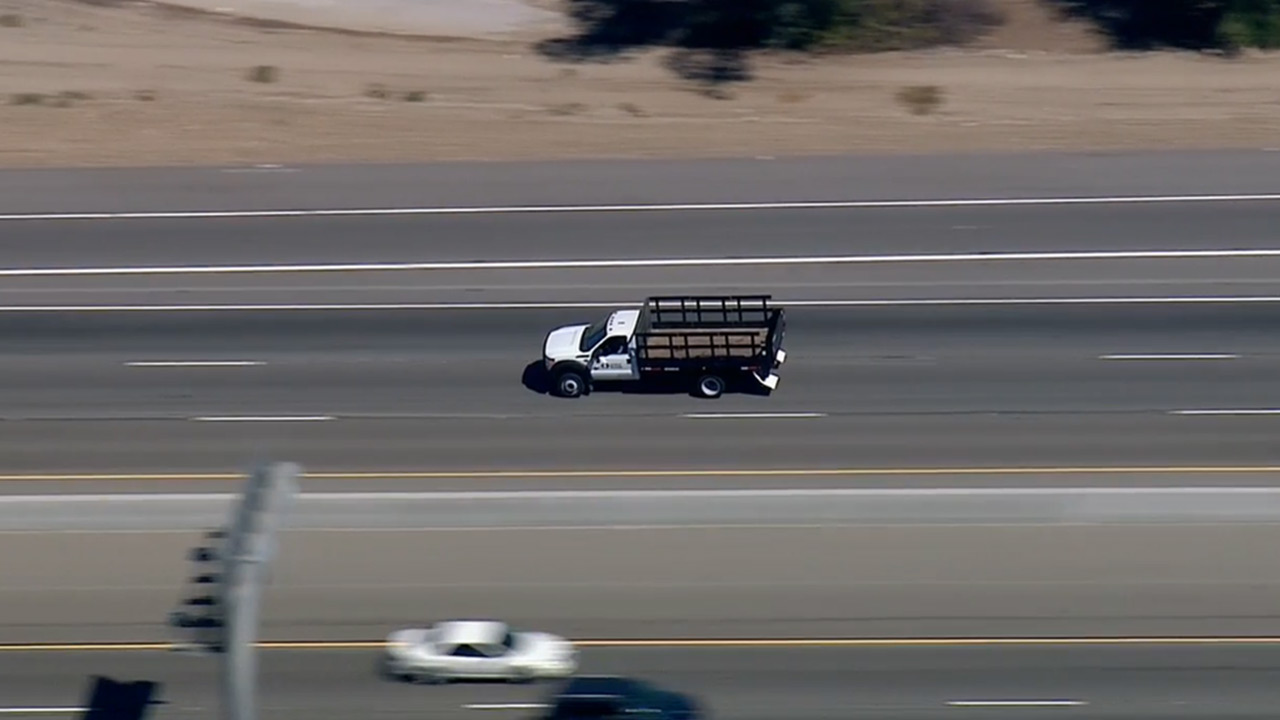 The "Hills Bandit" is linked to robberies dating back to May in Orange and San Diego counties, including one at a U.S. Bank in Laguna Niguel in which he passed a note demanding cash and threatened a weapon. He also attempted to rob a Union Bank in La Jolla the same day. 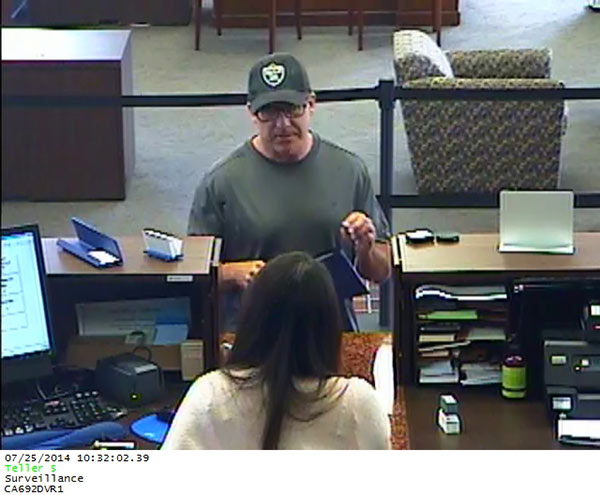 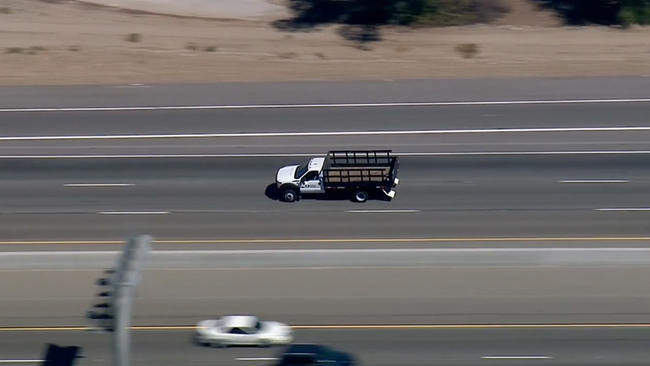 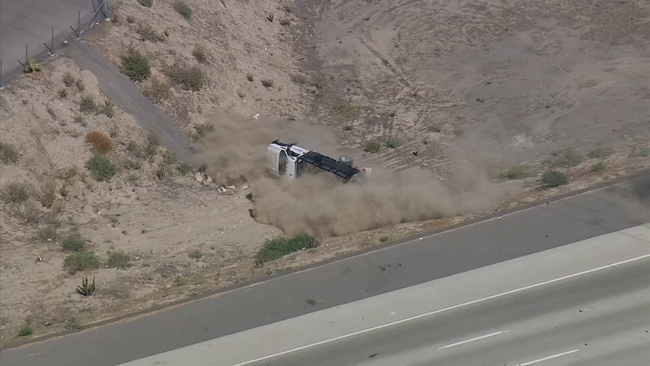 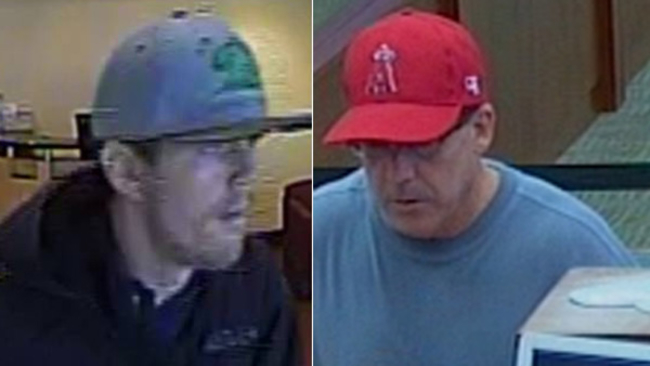