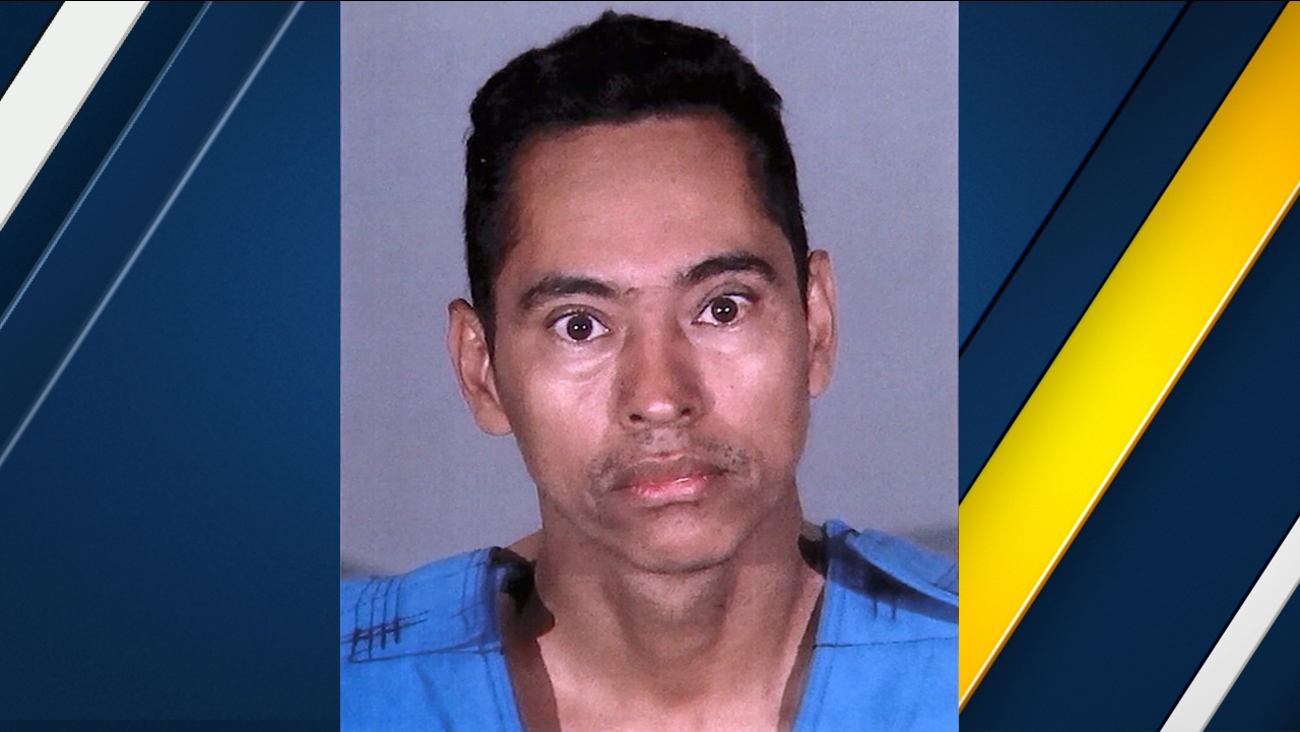 Police said 43-year-old Edwin Linares was arrested after having an inappropriate relationship with a teen in 2016 and then trying to lure another teen on Wednesday, April 19, 2017.

SOUTH PASADENA, Calif. (KABC) -- A suspect wanted for child molestation was arrested in Alhambra on Thursday, according to authorities.

The South Pasadena Police Department said it received a report of a man attempting to talk a teenage girl into getting in his car near South Pasadena Middle School at about 12:30 p.m. on Wednesday.

The 13-year-old girl was walking eastbound on Oak Street in front of the school when she told police she noticed a man in a red Toyota Corolla slowly following her.

The man drove ahead of the teen and stopped at the intersection of Marengo Avenue and Oak Street where he asked her if she needed a ride, authorities stated.

Police said the teen refused to get in his car and the man asked her again. The teen took a photo of the suspect's car with her cellphone as he drove away eastbound on Oak Street, according to officials.

Authorities said the teen was able to pick the suspect's picture out of a lineup.

The suspect, later identified as 43-year-old Edwin Linares of Los Angeles, was spotted by police at about 7 a.m. in Alhambra. Linares was taken into custody without incident, according to authorities.

Officials said Linares was also wanted by the Alhambra Police Department for lewd acts with a minor and unlawful intercourse with a minor.

Alhambra police said Linares was in an inappropriate relationship with a 16-year-old girl from January to November of 2016. Officials said that relationship was started through social media.

Anyone with information that could aid police in their investigation was urged to call detectives with the South Pasadena Police Department at (626) 403-7280.
Related topics:
south pasadenaalhambralos angeles countyarrestmolestationstudent safety
Copyright © 2021 KABC-TV. All Rights Reserved.
More Videos
From CNN Newsource affiliates
TOP STORIES