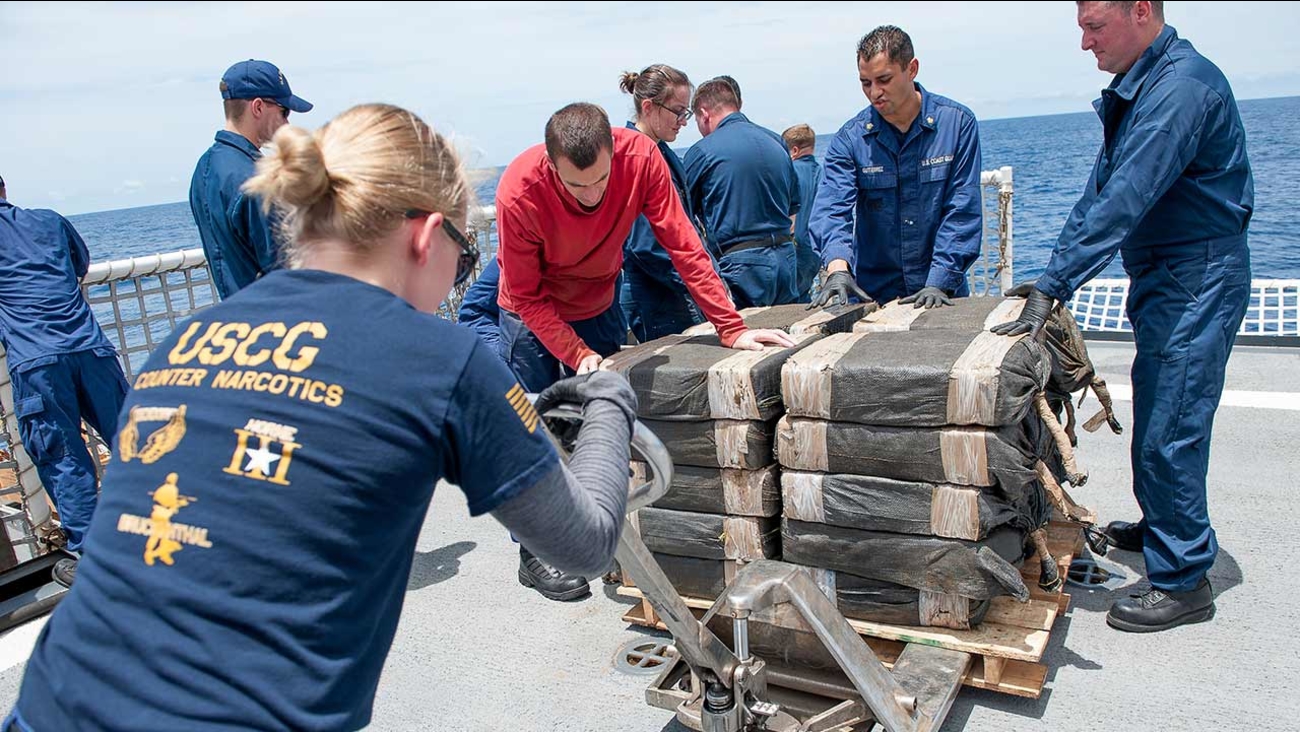 SAN DIEGO -- The U.S. Coast Guard has seized more cocaine off Latin America's Pacific coast over the past 10 months than in the previous three years combined as it rebounds from budget cuts and combats smugglers increasingly moving drugs on the high seas, officials said Monday.

The agency has seized 119,000 pounds of cocaine worth more than $1.8 billion so far this year, Adm. Paul Zukunft said before crews used a crane to move dozens of massive drug bundles off a Coast Guard vessel in San Diego.

Coast Guard officials said they could not say whether the increase in seizures signals a spike in cocaine use by Americans. Zukunft attributed the increase to his military branch's greater presence on the water after having to pull back its boats two years ago to meet automatic funding cuts.

The Coast Guard, which is the only U.S. military branch able to make drug arrests hundreds of miles offshore, had cut its operating costs by 25 percent in 2013. Based on their intelligence reports at the time, about 90 percent of illegal drug loads being tracked by authorities on the high seas were getting through because no boats were available to target them, Zukunft said.

"And we tied them up, to great delight of the drug trafficking organizations, because that is the opportunity cost when we are not present," he said.

Washington has since restored the Coast Guard's budget and also moved more resources to the Pacific waters off Latin America. Despite that, crews aided by the U.S. Navy and allied nations can only intercept about 30 percent of drug shipments they are tracking, Zukunft said.

Traffickers have increasingly turned to the wide-open ocean over the past decade because it is much more difficult to patrol than land routes.

Crews Monday took 66,000 pounds of cocaine off the "Stratton," a 418-foot national security cutter. The bundles covering the deck equated to about 33 million lines of cocaine or 336 million hits of crack, according to DEA estimates.