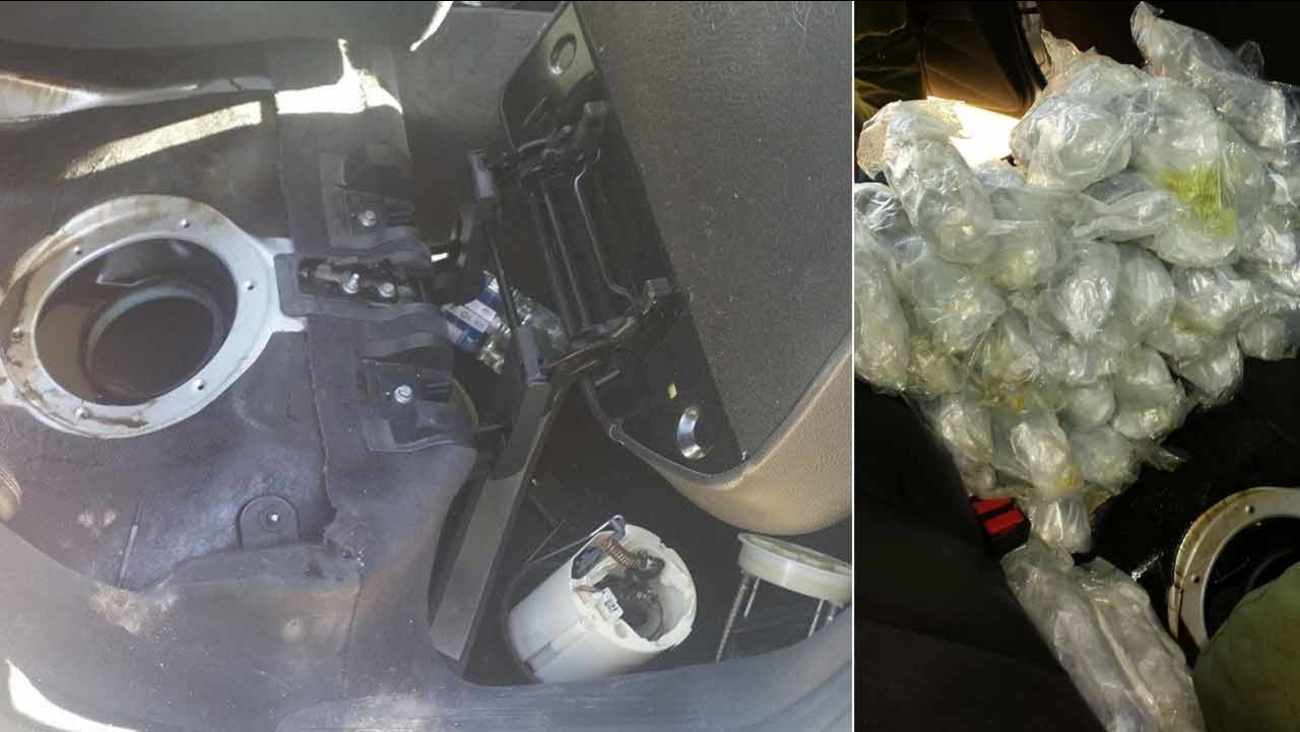 Packages of meth and cocaine were found hidden inside a vehicle's fuel tank in Salton City Thursday, Nov. 5, 2015.

KABC
SALTON CITY, Calif. (KABC) -- A couple suspected of smuggling drugs in their car's fuel tank on Thursday in Salton City has been arrested.

A Border Patrol detection canine alerted agents to the vehicle, and it was taken for a secondary inspection. After an intensive search, agents discovered 45 vacuum sealed bundles of meth and one bundle of cocaine hidden inside the fuel tank.

The man and woman, both U.S. citizens, the vehicle, and narcotics were turned over to the Drug Enforcement Administration for further investigation.