Texas college student beaten, robbed at gunpoint while on FaceTime with girlfriend 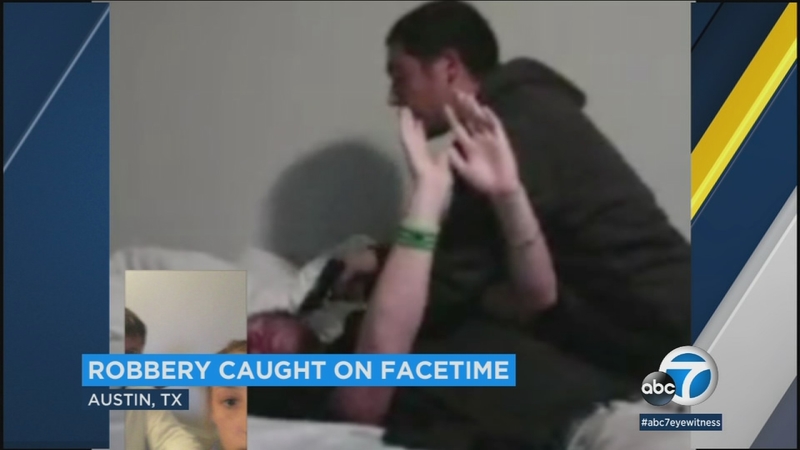 Texax college student robbed at gunpoint while on FaceTime with girlfriend

AUSTIN, Texas (KABC) -- A Texas college student was beaten and robbed at gunpoint as his girlfriend watched the frightening ordeal unfold on FaceTime.

"You're looking down the barrel of gun, hoping that you don't see a bullet," said Yale Gerstein.

The Austin, Texas, college student was on FaceTime with his girlfriend in Dallas when armed suspects suddenly burst into his apartment.

"They were hitting me in the head with the pistol saying, 'Face down, face down,'" Gerstein said.

Gerstein's girlfriend Baylee Luciani was watching the dangerous drama from more than 100 miles away.

"I was scared, because they were saying, 'I'm going to blow your head off. I'm going to kill you,'" Luciani said.

Her father called 911 as Luciani grabbed screen shots of the violence.

"They were just looking at us and looking at the camera," Luciani said.

One of the three suspects put a gun to Gerstein's head while another beat him as he was on the bed.

"Wow, I'm seriously watching an armed robbery happening to somebody who I like care about," Luciani recalled.

Gerstein said the suspects stomped on his head and told him they would shoot him in the head if he followed them.

The 19-year-old said the robbers stole thousands of dollars in music equipment, but that's not all.

"I just had finished an album. I had just finished my first album that I was working on as solo artist. That's all lost, in someone's possession who doesn't even know what they're holding. That's what I hate the most," Gerstein said.