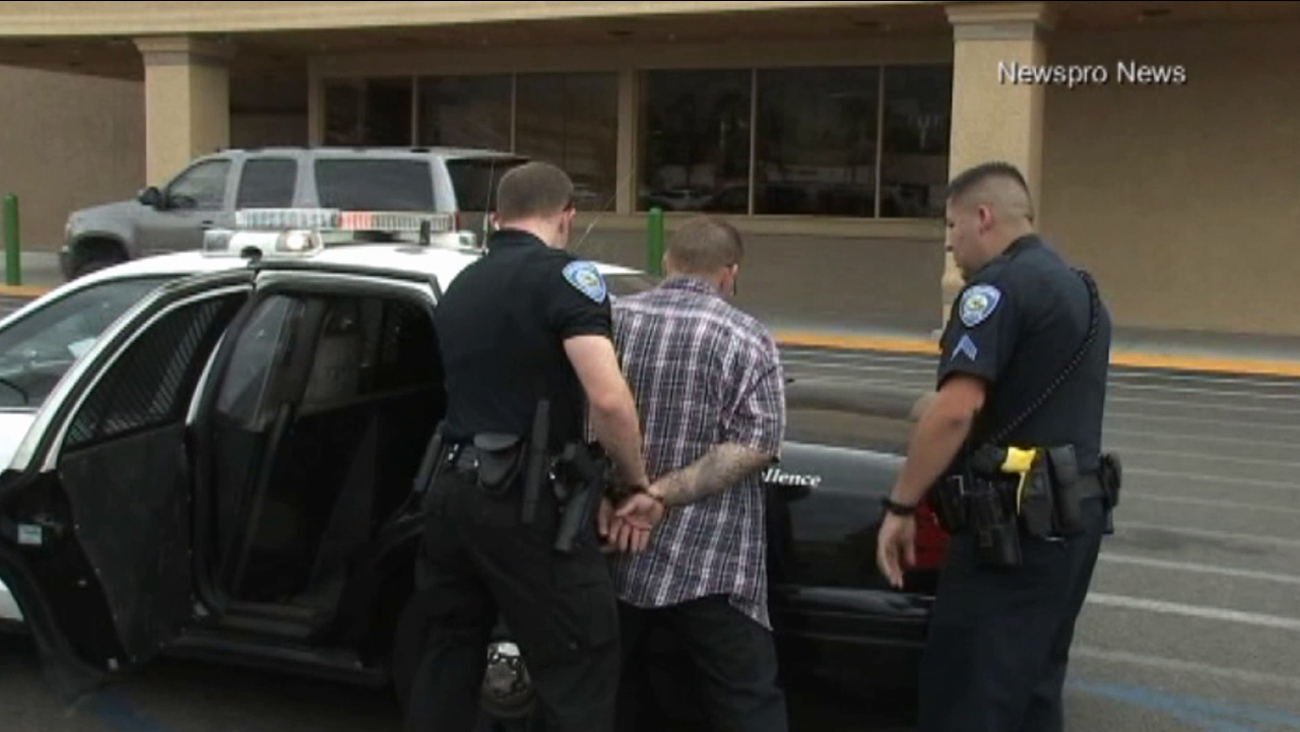 SAN BERNARDINO, Calif. (KABC) -- A father was arrested Sunday for child endangerment after he left two young children, including a 1-year-old, in a hot car parked outside of a Walmart in San Bernardino.

San Bernardino police were called at about 2 p.m. to a car parked in the 2000 block of East Highland Avenue. The father had been in the store for almost 45 minutes with another 8-year-old girl, authorities said.

The car doors had not been locked and the windows were rolled down, but a 9-year-old and a 15-month-old appeared to be overheated. Temperatures in San Bernardino reached the upper-90s on Sunday.