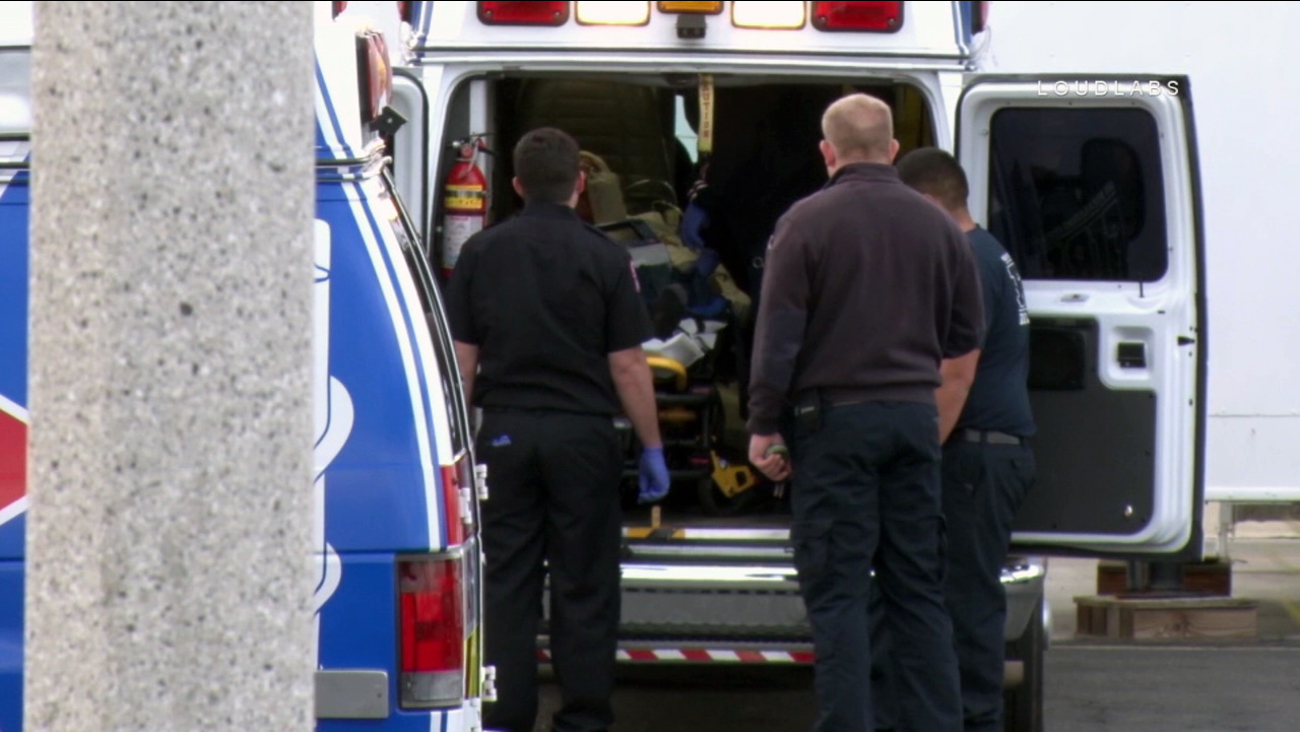 Authorities said a vicious dog was shot and killed by a deputy with the San Bernardino County Sheriff's Department in the 14500 block of Anacapa Road on Tuesday, Feb. 22, 2017.

VICTORVILLE, Calif. (KABC) -- A deputy shot and killed one of two dogs that viciously attacked two people in Victorville on Tuesday.

The San Bernardino County Sheriff's Department said it responded to the 14500 block of Anacapa Road just before 4 p.m. after receiving reports of two dogs attacking a person in an alley.

When the deputy arrived at the scene, he spotted two dogs attacking two people.

As the deputy approached to help, one of the dogs ran away while the other dog continued to be aggressive.

Using his baton, the deputy was able to temporarily get the dog away from the victims.

After the dog became aggressive again, the sheriff's department said the deputy shot the dog to prevent any further attack on the victims.

The dog that ran away was caught on Wednesday and taken to animal control.

A victim was treated for severe injuries to his face, arms and head. He was later flown to Arrowhead Regional Medical Center for treatment.