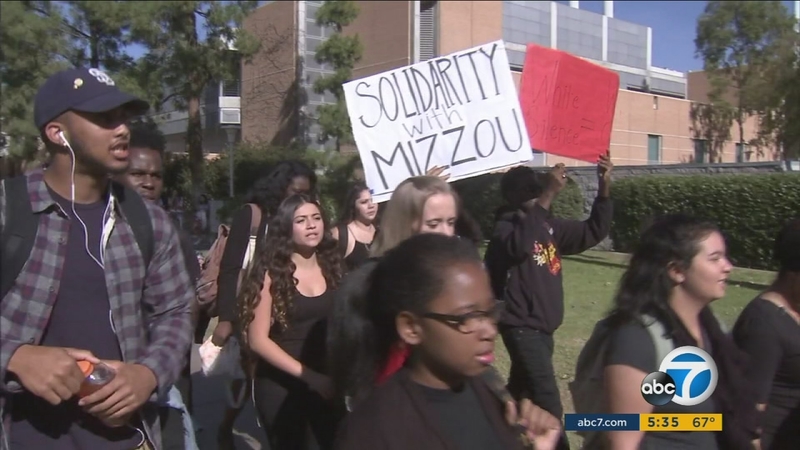 RIVERSIDE, Calif. (KABC) -- University of California, Riverside students protested what they called "racial injustice" for African-American students Wednesday, and said it was also done in solidarity with University of Missouri students who ousted their president amid racial insensitivity allegations.

Organizers said for far too long, African-American students have felt marginalized at the UC and are asking for more open lines of communication between them and administrators.

At Occidental College, students staged a sit-in and demanded that the college's president resign, citing racial injustice, and a rally was also held at Loyola Marymount University.