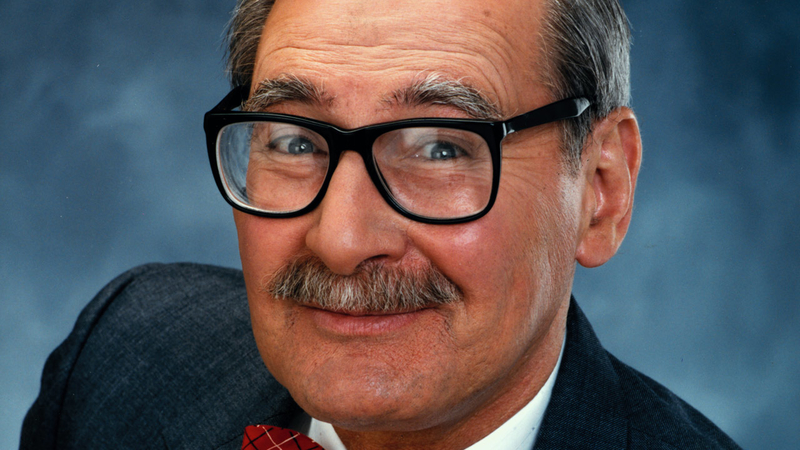 LOS ANGELES (KABC) -- Longtime KABC weatherman Dr. George Fischbeck died on Wednesday morning at the age of 92, according to his family.

Known simply as Dr. George, Fischbeck died of natural causes at his home at the Motion Picture & Television Country House in Woodland Hills.

With his signature bow-tie and big smile, Dr. George brought us the forecast for nearly 20 years in the 1970s and 1980s before retiring from KABC-TV. 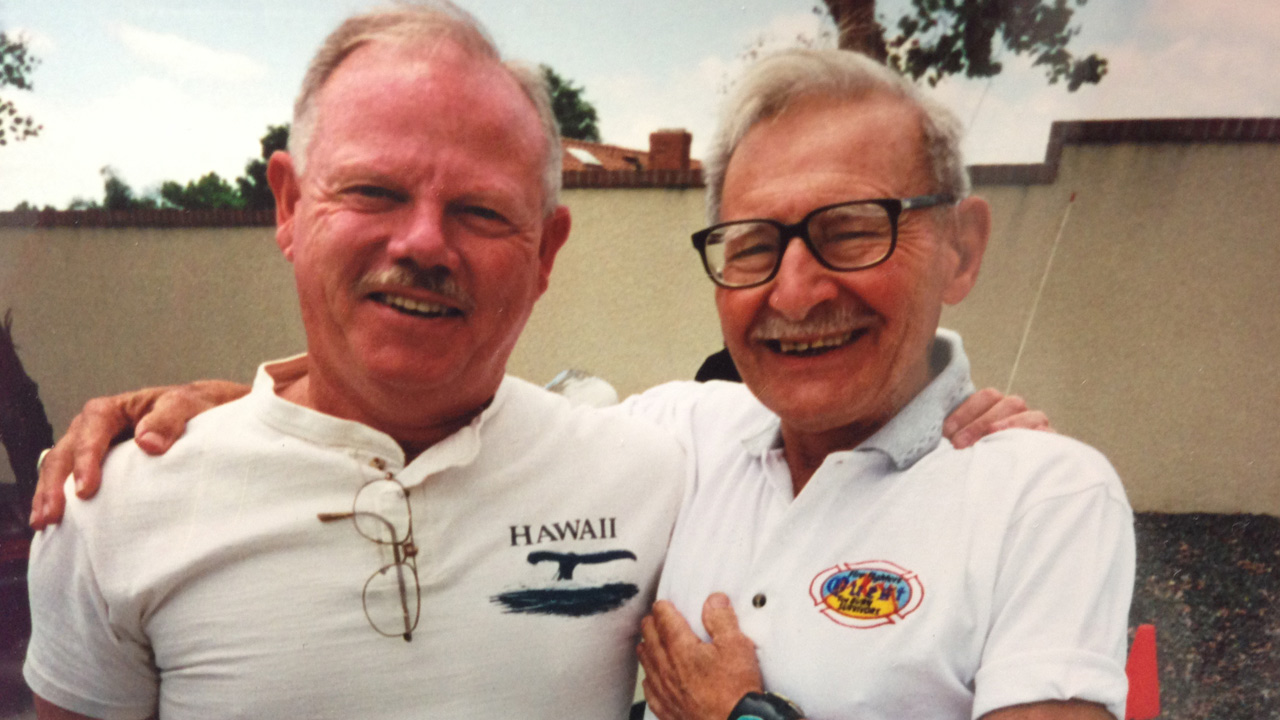 PHOTOS: Dr. George, beloved weatherman, through the years
Beloved KABC weatherman, Dr. George Fischbeck, died on Wednesday, March 25, 2015. See photos of him from over the years.
He received an honorary degree from the now-closed University of Albuquerque, but trained as a meteorologist while in the Air National Guard during the Korean War.

From there, he moved on to teaching science for 23 years in Albuquerque Public Schools.

He made his first jump into broadcasting as a host for a weekly science show on Albuquerque public television. After more than a decade, he became a weatherman at KOB-TV, the NBC affiliate in Albuquerque. In 1972, he joined KABC-TV.

"Dr. George was my greatest inspiration. No doubt about it. When you come into the office every day, he had such enthusiasm," Eyewitness News meteorologist Dallas Raines said.


For many Angelenos, Dr. George was more than just the weatherman. He taught us about jet streams, high and low pressures and millibars. When he was giving us his forecast for the highs and lows for the next day, he'd also remind us to be good citizens and take care of each other.

"He took the time to stop and explain exactly what the fundamentals of what was happening, instead of just saying, 'Oh yeah, it's really windy there,'" La Crescenta resident Carla Berry said.

Dr. George was also an ambassador of good will both on and off the set. For years, he collected toys for children at Porterville State Hospital. He paid weekly visits to the Los Angeles Zoo as a volunteer guide.

Years after he retired, he gave his support to ABC7's Spark of Love Toy Drive.

VIDEO: George Fischbeck explains 'How We Do The News' 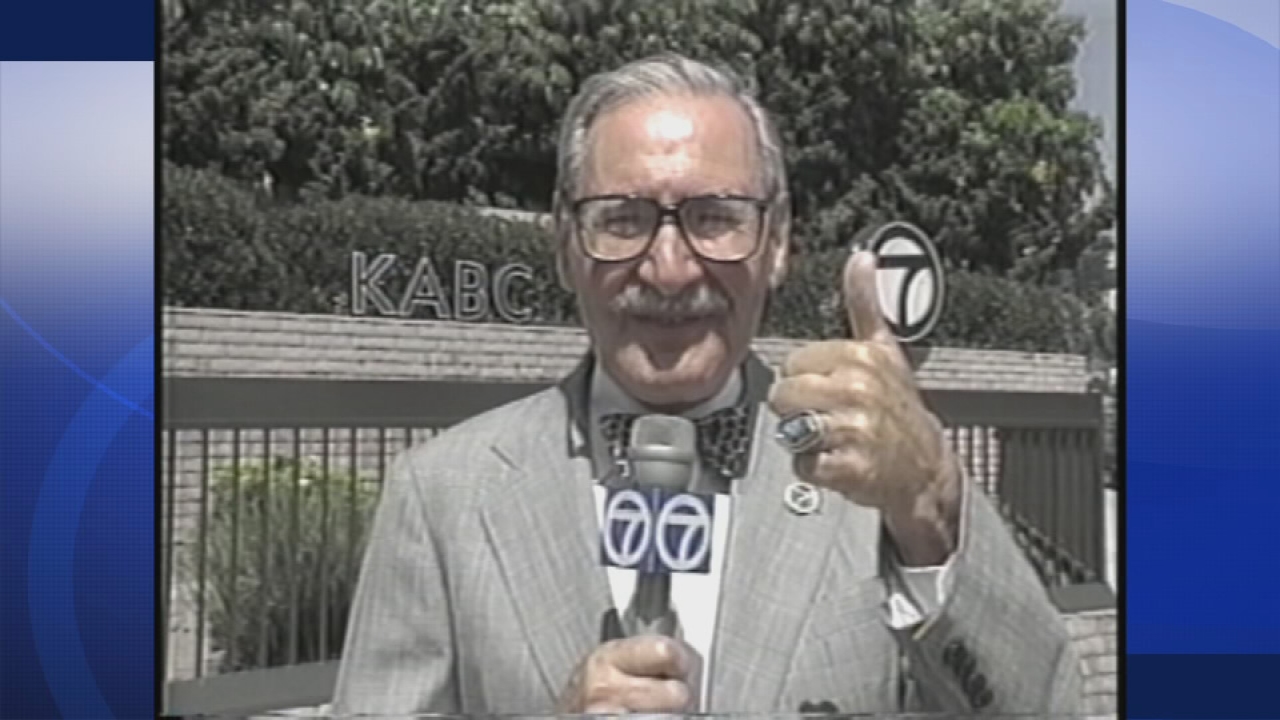 VIDEO: George Fischbeck explains 'How We Do The News'
A look back... Beloved ABC7 weatherman Dr. George Fischbeck explains how a newscast is put together in a special series for Eyewitness News called 'How We Do The News.'
In 2013, he was honored by the Los Angeles City Council, with Councilman Tom LaBonge declaring April 10 Dr. George Day in the city of Los Angeles.

"He was an angel in the city of angels. Now, he's with the angels. We will miss Dr. George. God bless his soul," Los Angeles City Councilman Tom LaBonge said.

That same year, Dr. George wrote a book called "My Life in Weather."

"His impact on Los Angeles was, and always will remain, indelible. He charmed us all. He made us think. He made us better," Randy Roach, a former Eyewitness News writer-reporter, wrote in a foreword to Dr. George's memoir. 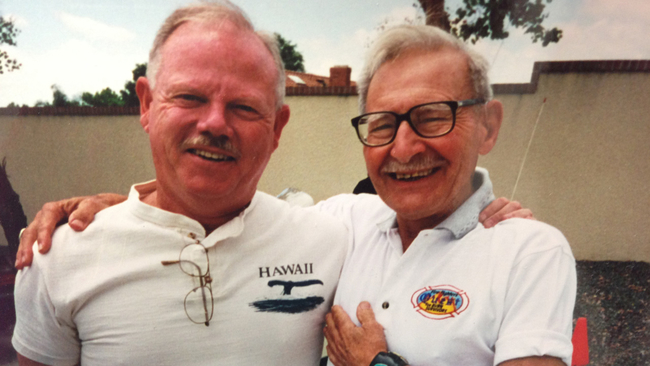