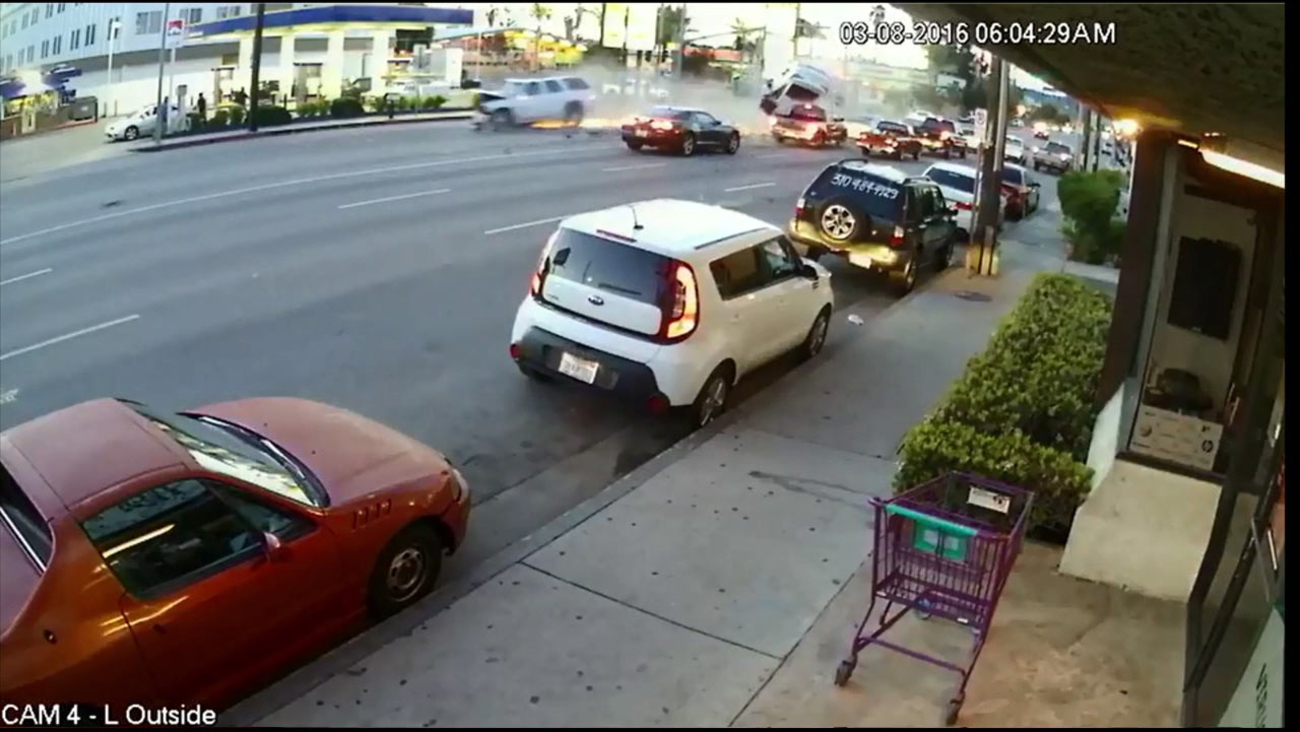 Five vehicles were involved in the 6 a.m. smash up at Sepulveda Boulevard and Vanowen Street.

In the video, shot just after 6 a.m., a white car is seen traveling quickly through the intersection and smashing head-on into a white SUV stopped at the light. The white car flips over other vehicles, while the SUV goes careening down Sepulveda with pieces of debris flying over the road.

Injuries were described as ranging from moderate to severe. Firefighters had to rip the roof off one car to rescue passengers inside.