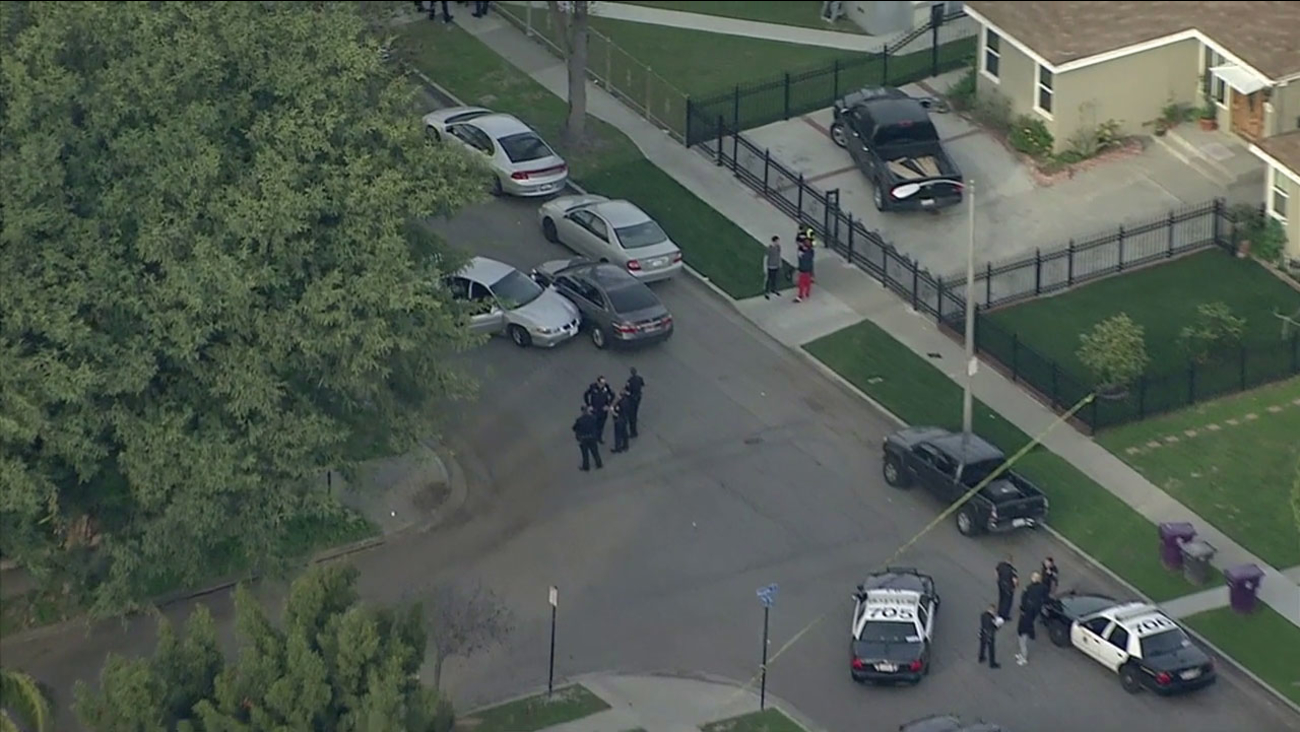 Police investigate the scene of a shooting in Long Beach that triggered a lockdown at El Camino College Compton on Wednesday, Feb. 1, 2017.

LONG BEACH, Calif. (KABC) -- The campus of El Camino College Compton was placed on lockdown for a short time Wednesday afternoon as police searched for three suspects involved in a nearby drive-by shooting in Long Beach.

The shooting occurred around 3:25 p.m. at 68th Street and Gale Avenue, in a residential Long Beach neighborhood about two blocks from the campus.

Investigators said the incident appeared to be a gang-related drive-by shooting.

The suspects, identified as three males, ages 15-19, in a light silver Pontiac Grand Prix, apparently didn't hit anyone in the shooting, but multiple bullet casings were found at the scene.

Their attempt to drive away was hindered by a collision with a dark gray Toyota Camry that was not involved in the shooting.

They then fled on foot toward the area of the east side of the campus.

Police locked down the campus while they searched for the suspects, but were unable to find them and lifted the lockdown by around 4:20 p.m.

Long Beach police say they were unable to locate a victim and it appears no one was injured by the gunfire.

The two vehicles involved in the crash were towed from the scene.