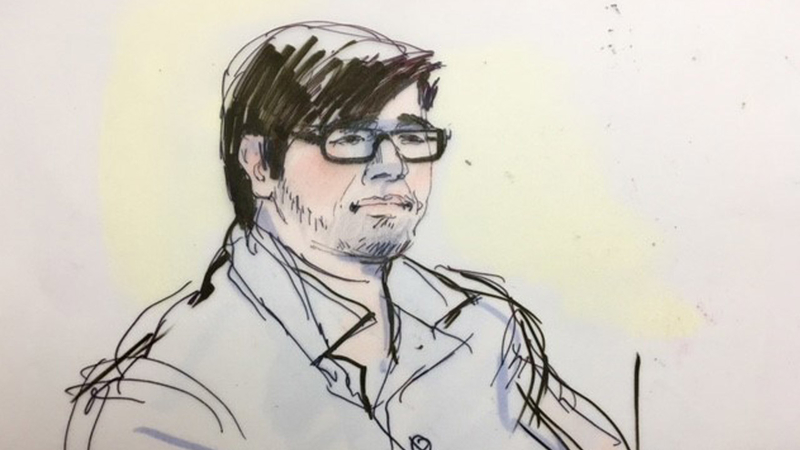 Marquez, 24, was charged Thursday with conspiring to provide material support to terrorists for abandoned plans in 2011 and 2012 with Farook, unlawfully purchasing two assault rifles used in the Dec. 2 attack, and immigration fraud.

He came into a federal court room in ankle and hand cuffs. Magistrate Judge David Bristow delayed the hearing until 11:30 a.m. so defense attorneys could have more time to speak with Marquez.

Prosecutors requested that Marquez remain held without bail for the safety of the community and because he is a serious flight risk. Bristow said he did not believe Marquez was a flight risk, but did agree that he was a danger to others.

Authorities said Marquez met Farook in 2005, converted to Islam in 2007 and expressed interest in joining al-Qaeda in the Arabian Peninsula in 2011. That same year, the pair planned attacks on Riverside Community College and State Route 91.

Both men purchased firearms, ammunition and other tactical gear, as well as practiced at a local firing range in preparation for the planned attacks.

Marquez and Farook eventually shelved the plans after four people were arrested and later convicted on terrorism-related charges.

In an affidavit outlining the charges against Marquez, it states Marquez defrauded immigration authorities by entering into a sham marriage with a Russian woman who is the sister of Farook's brother's wife in November 2014. Marquez was paid $200 a month for the marriage.

The complaint against Marquez also notes that in November 2011 and February 2012 he purchased two assault rifles. Those rifles were then used at the Inland Regional Center by Farook and his wife Tashfeen Malik to kill 14 people and injure 22 during a holiday gathering.