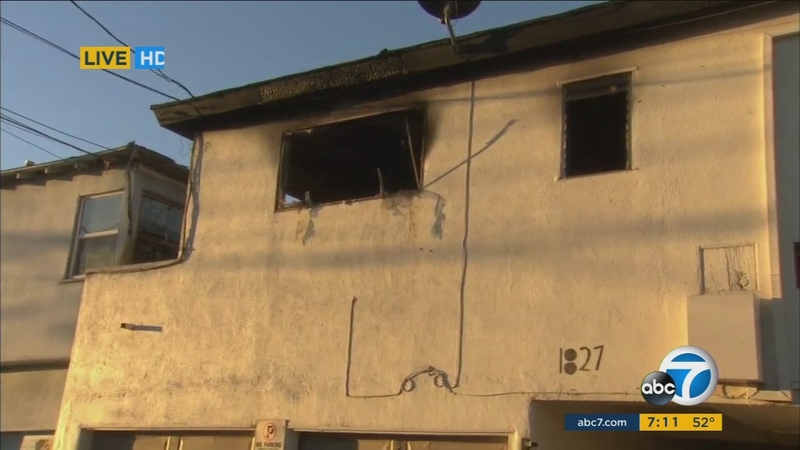 SANTA MONICA, Calif. (KABC) -- A man was arrested on suspicion of arson after an explosion erupted in a Santa Monica apartment building early Sunday morning.

An explosion shook a two-story apartment building in the 1800 block of Euclid Street shortly after 1 a.m., according to neighbors.

Firefighters quickly arrived on scene and found an upper unit on fire. The blaze was knocked down by 1:45 a.m.

The fire had knocked out power to the building and caused nearby power lines to spark and crackle.

No injuries were reported. The cause of the fire was under investigation, but the former tenant of the apartment was arrested.

Neighbors believe the former tenant, who is a U.S. Air Force veteran, blew up his apartment because he was upset about being evicted from the complex.

The suspect, whose identity has not been released, suffered burns to his hands.