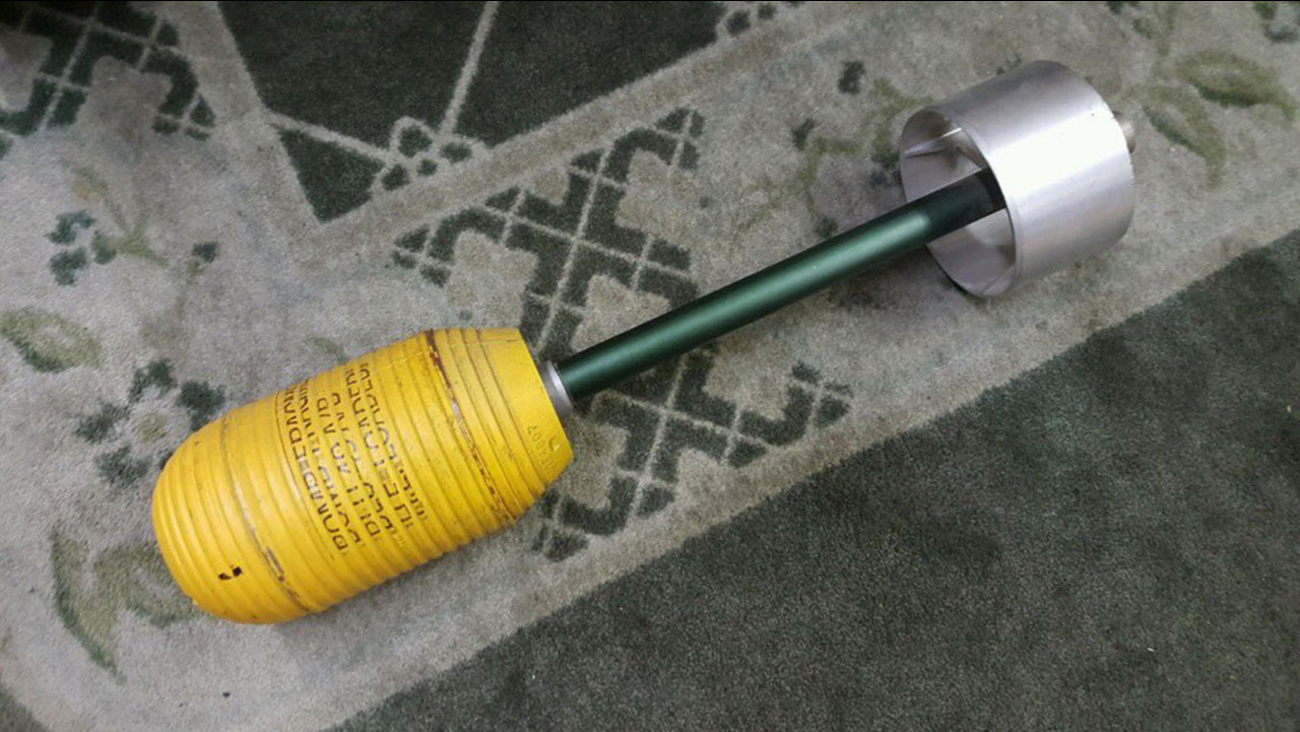 NEWHALL, Calif. (KABC) -- An explosive device described as a "cluster bomb" brought to a Newhall store Wednesday afternoon led to an evacuation for more than two hours as the bomb squad responded to the discovery.

The device was dropped off around 12:30 p.m. at a Newhall Army surplus store for disposal. The owner of Commando Military Surplus recognized the device as a small cluster bomb and alerted authorities.

The Los Angeles County Sheriff's Department Arson and Explosives unit responded to the store in the 24300 block of N. Main St. and evacuated nearby businesses on Main Street.

An explosive device brought to this Army surplus store in Newhall triggered an evacuation for more than two hours on Wednesday, June 22, 2016.

The sheriff's department later said the device turned out to be inert and officials cleared the scene around 3:20 p.m.

The department initially tweeted that the Newhall Community Center on Market Street had been evacuated, but later said the center had been determined to be a safe distance away and was not evacuated.