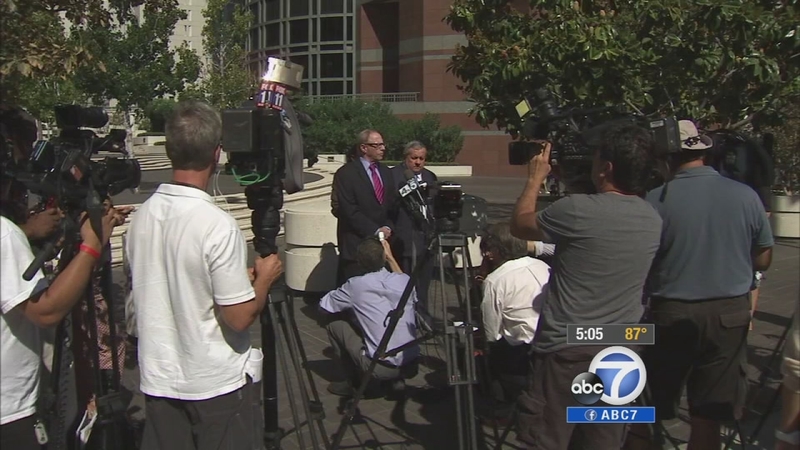 LOS ANGELES (KABC) -- The family of Ezell Ford, the man who was shot and killed by LAPD, has filed a $75 million claim against the city and a federal civil rights lawsuit against the department and the two officers who shot him.

Attorney Steven Lerman says the officers who shot and killed Ford should face criminal charges. But while the use of force investigation continues, Lerman filed a complaint Wednesday in U.S. District Court on behalf of Ford's parents.

"These officers that committed this heinous act brought disservice to the uniform they wear," Lerman said at a news conference.

"They knew that he was basically helpless and harmless, and yet they preceded to attack him, bring him to the ground and shoot and kill him without justification," Lerman said.

Lerman, who represented Rodney King 22 years ago, is seeking $75 million in damages for the Ford family. He says the high dollar amount symbolizes the seriousness of the case.

The coroner's office still has a hold placed on Ford's autopsy. The LAPD does not want the results released until all witnesses have come forward and given their statements to investigators.

Lerman says his investigators have interviewed scores of witnesses whose version of events differ from the police. Some witnesses have said that Ford had not been resisting and was laying on the ground when he was shot in the back.

Ford was unarmed when police confronted him Aug. 11 on a street near his home. Officers said they shot Ford after he tried remove an officer's handgun from its holster during a struggle.

"I can't comment on nonsense because it is nonsense," Lerman said. "It's typical of the LAPD, like all police forces, when one of their own is charged with this type of crime, if you will, that they release press releases to somehow try and convince the public that it's all about what the victim did."

Family members say Ford suffered from schizophrenia and bipolar disorder. The fatal shooting has sparked a series of protests questioning the use of unnecessary force.

The two officers involved in the shooting are currently on paid leave.

The Los Angeles Police Department referred calls for comment to the city attorney's office, where spokesman Rob Wilcox said the policy is not to comment on pending litigation. 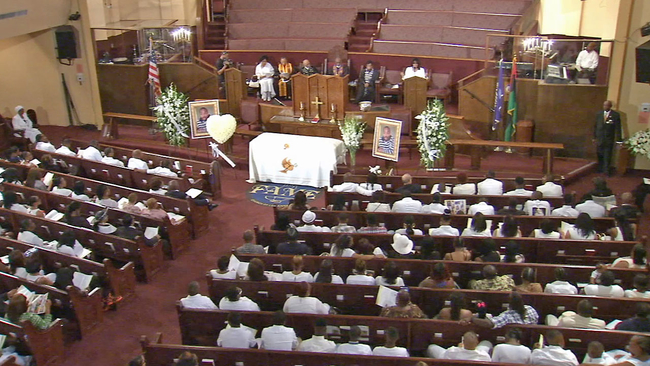 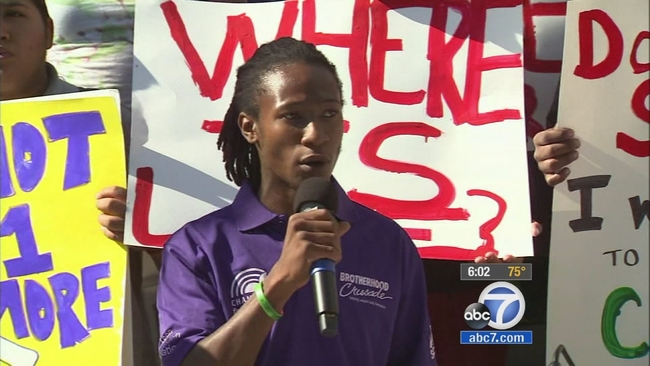 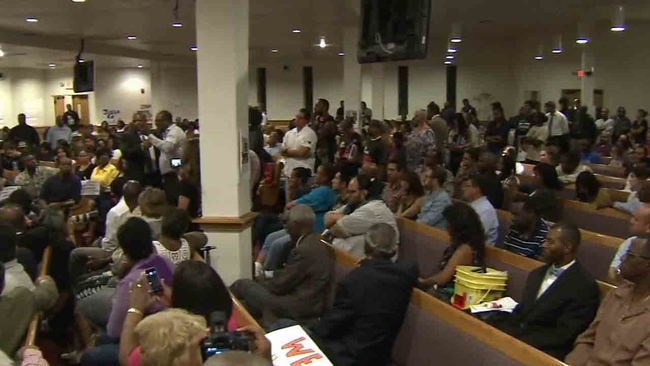 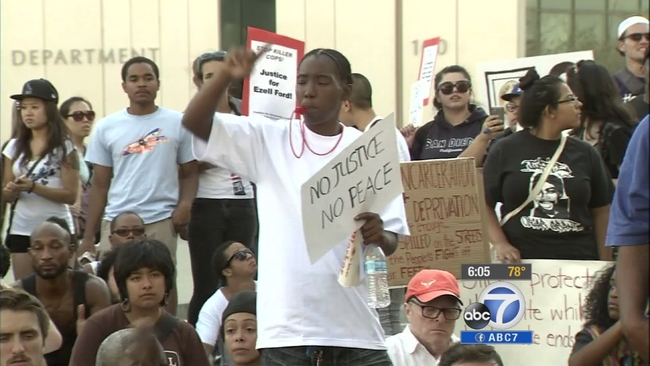