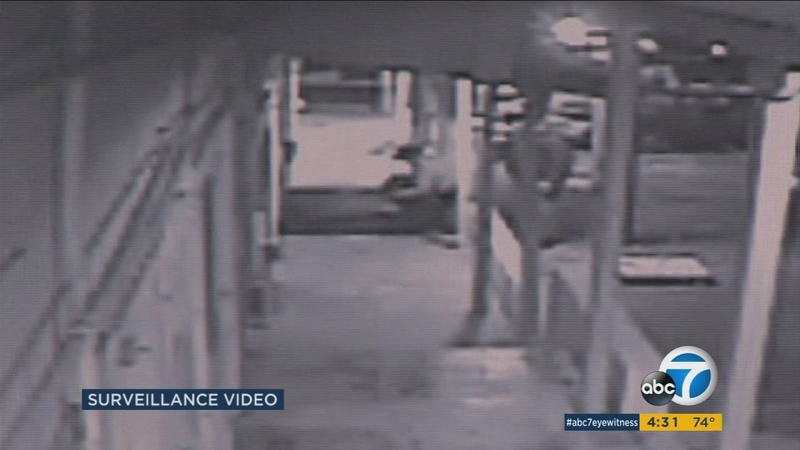 BARSTOW, Calif. (KABC) -- The family of a Barstow man shot and killed by a San Bernardino County Sheriff's deputy announced they would file a wrongful death lawsuit against the sheriff's department.

Nathaniel Pickett, 29, was shot by a deputy following a struggle in November of 2015 outside a Barstow motel.

Pickett's family said he suffered from mental illness and called his shooting unjustified.

On Thursday during a press conference, the family showed surveillance video of the confrontation and revealed an eyewitness.

The family claimed investigators were attempting to intimidate witnesses.

Kennedy said he witnessed what happened and tried to intervene, telling the deputy that Pickett had mental issues.

He said following the shooting, when investigators spoke to him, they didn't like what they heard.

"I'm not going to lie, you cannot tell me some police officer is going to tell me I was lying. I'm going to tell him he's lying because he didn't see it. I saw it with my eyes," Kennedy said.

At the time, the sheriff's department said the deputy was forced to shoot Pickett after he began striking the officer and refused to stop after resisting arrest.

The video shows Pickett tripping as he ran from the deputy. In the distance, it appeared to show the deputy on the ground struggling with him.

Attorneys for the family said there was more to the surveillance video that wasn't shown.

"In watching this video over and over we have discovered there are seconds missing. Seconds missing during the critical scenes where this officer and Mr. Pickett are actually engaged physically and where we believe Mr. Pickett was shot," attorney Sharon Brunner said.

As well as the wrongful death lawsuit, the family called on the FBI to investigate the sheriff's department for claims of witness intimidation.