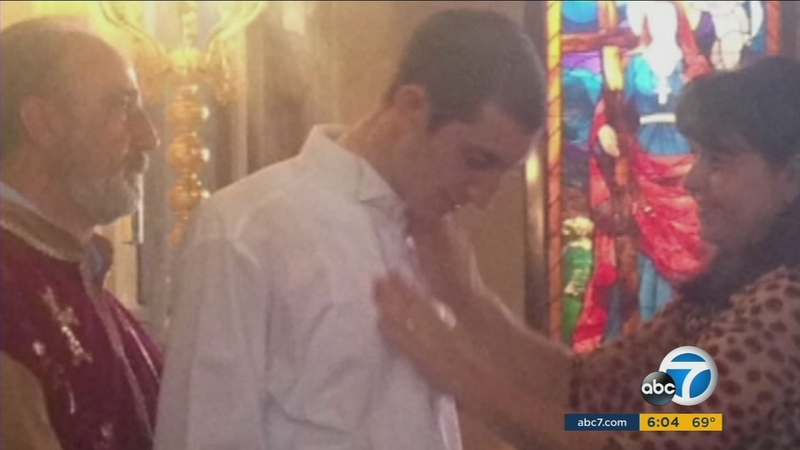 The body of Richard Pananian was launched from his car and landed 20 feet in the air on an overhead sign along Interstate 5.

His family broke their silence about the tragedy on Sunday.

"He would help anybody, even if he just met you off the street and you were a stranger, he would give you his all and expect nothing in return," said Edgar Pananian, Richard's older brother.

The crash happened on Interstate 5 heading southbound near Colorado Boulevard. The California Highway Patrol said Richard Pananian's car was traveling at a high speed when it collided with another vehicle and then flipped.

Richard Pananian, of Burbank, was not wearing a seatbelt as his body was ejected from the car and landed on a sign several feet above the roadway.

"Especially in the manner that it happened is just very overwhelming. So it's very hard for the family and they're coping as best as they can," said cousin Armen Kardashian.

Relatives said Richard Pananian loved cars and loved life. They're stunned by the tragic crash that ended his life.

"He really was a genuine soul. I personally don't run across a lot of people who are as genuine and loving and caring as Richard," Kardashian said. "His memory is forever in our hearts."