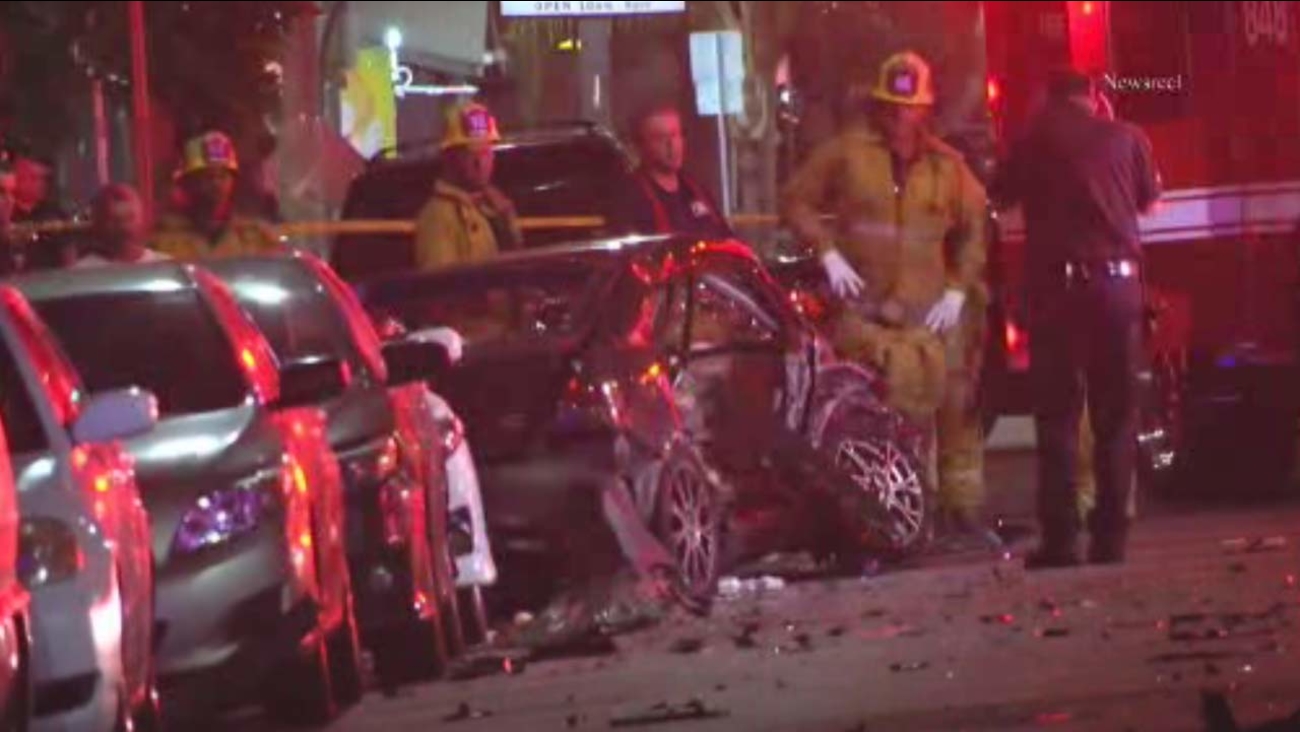 A vehicle is seen crushed after a violent crash killed one person in San Pedro early Saturday, Oct. 17, 2015.

The incident happened around 2:30 a.m. at the 1500 block of S. Gaffey Street, according to the Los Angeles Police Department Harbor Division.

Police said a Toyota Scion was traveling southbound on Gaffey Street when it attempted to turn on 16th street and slammed into a BMW.

The passenger in the Scion was pronounced dead at the scene, and both drivers and three other passengers were transported to nearby hospitals.

Alcohol or drugs were believed to be a factor in the collision. Both drivers have been taken into custody.