Father of 5 struck, killed while changing tire on 15 Freeway in Apple Valley 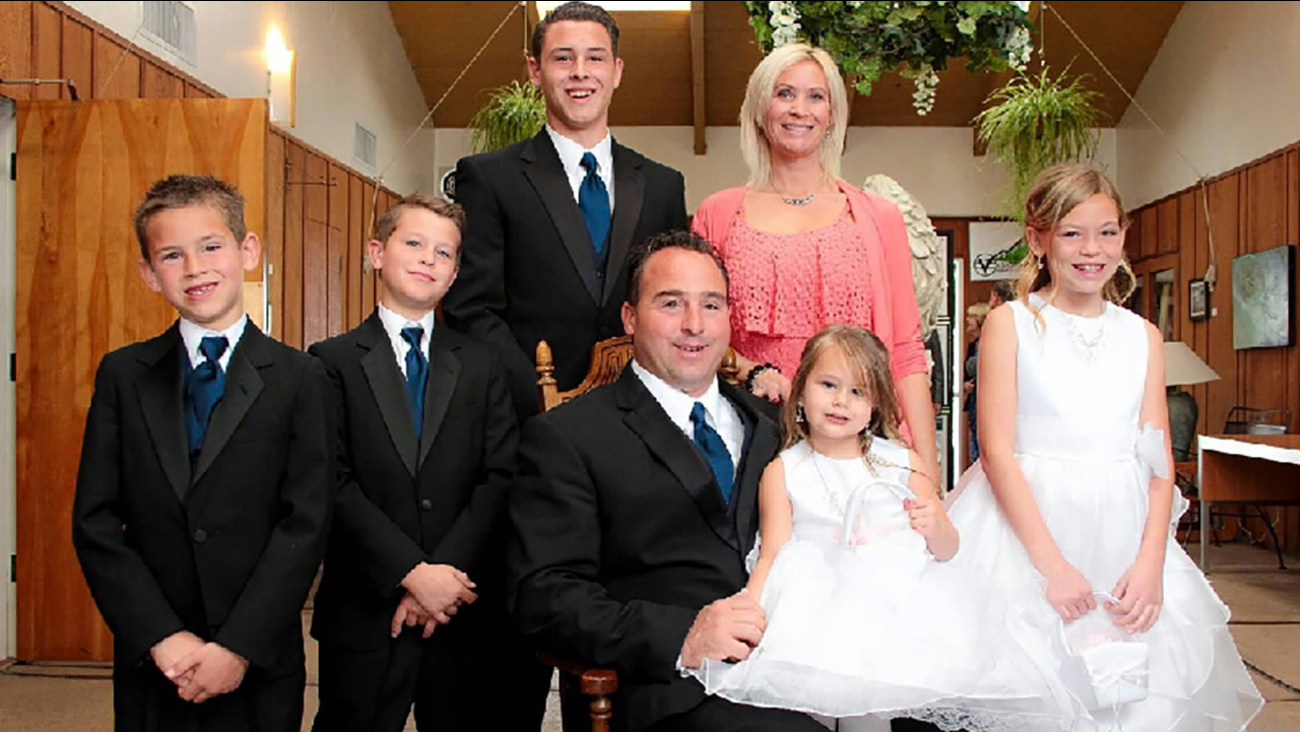 Jason Hadley, a father of five, was struck and killed by a vehilce while changing a tire on the 15 Freeway in Apple Valley on Tuesday, July 12, 2016.

APPLE VALLEY, Calif. (KABC) -- A father of five was struck and killed by a car while changing a tire along the 15 Freeway in Apple Valley on Tuesday.

The California Highway Patrol said 40-year-old Jason Hadley of Apple Valley had pulled over on the shoulder of the southbound 15 Freeway just one mile south of Dale Evans Parkway at about 6:10 a.m.

While Jason Hadley was fixing a flat tire, the CHP said the driver of a vehicle veered to the right shoulder and struck him.

The victim's heartbroken wife and family tried to make sense of the tragic crash.

"He pulled all the way over. I don't understand how you could swerve that far to cause that much, I mean to take so much from somebody," Elizabeth Hadley, Jason Hadley's wife said.

Authorities said drugs and alcohol did not appear to be a factor in the crash.

Jason Hadley worked two jobs to support his children, who ranged in age from 5 to 17.