FBI surveillance teams watched the illegal exchange from the ground and from the air.

"I was in the airplane," Marx testified of the bribery sting that unfolded in summer 2011 as part of a covert FBI investigation into Los Angeles County jails.

It was the beginning of the end for Michel's career in law enforcement - and set off a chain of events that led the L.A. County Sheriff's Department into a years-long scandal.

Nine former LASD officials have been convicted or pleaded guilty so far on charges related to the obstruction of an FBI investigation into brutality and corruption inside the jails.

Former LASD Sheriff Leroy Baca is the highest-ranking official to stand trial. The 74-year-old has pleaded not guilty.

But the FBI needed corroboration -- more than just the word of jail inmates. Marx recruited an inmate to be their secret informant and feed them information from behind bars.

Inmate Brown was selected because he had "access" to areas of the jail where abuse reports had spiked, and he was "willing" to inform on law enforcement.

The investigation expanded over time from inmate abuse to possible corruption by jail deputies. FBI agents wanted to see if Michel would accept a bribe to smuggle a cellphone to Brown. The FBI's undercover operation was blown within weeks when the contraband cellphone was found during a routine search in August 2011.

Marx testified that she and two other FBI agents went to see Brown at Men's Central Jail after the phone was discovered, but their interview ended abruptly - and loudly.

"There was a pounding at the door," Marx said. "(A) very large sergeant grabbed Anthony Brown and dragged him out."

As Brown was being hauled away, Marx told the inmate, "don't worry, we'll get you out of here. We'll be back."

Soon after, Brown vanished from the LASD computer system. Marx testified that federal agents quickly issued a writ - or court order -- to get Brown out of LASD custody. Brown, however, could not be found and was never turned over to the FBI by the department.

Marx testified about phone records showing a flurry of phone calls shortly after that writ was faxed to the LASD. Marx also showed the jury summaries of Baca's phone calls during key time periods to and from LASD officials already convicted in the case, including former Undersheriff Paul Tanaka.

Tanaka was convicted in April and later sentenced to five years in federal prison for his role in obstructing the FBI investigation. The former undersheriff had hoped to remain free on bail while his appeal was heard. But on Wednesday, the appeals court ordered him to surrender to prison.

Late Wednesday, Tanaka agreed to turn himself into prison by Jan. 16, 2017. He's expected to serve his sentence at a minimum security federal prison camp in Florence, Colorado.

On direct examination by prosecutor Brandon Fox Wednesday, Marx described how two LASD sergeants, one with a gun visible, confronted her outside her home and threatened her with arrest.

Shortly after the encounter, Marx's FBI supervisor called the LASD to find out what was going on - was the LASD really going to arrest an FBI agent?

NARRO: "She indicated to me that you guys indicated to her that there's going to be a warrant for her arrest?"

NARRO: "Does the sheriff know this?"

LONG: "The sheriff knows this, sir."

Did the LASD know they were exceeding their authority by launching a competing investigation? The FBI was investigating the LASD, but did the LASD have the right to turn around and investigate the FBI for arranging for that contraband cellphone to be smuggled into their jail?

Superior Court Judge John Torribio testified Wednesday about the "unusual" request he received from the LASD that summer. LASD Sgt. Scott Craig wanted Torribio to sign a court order forcing the FBI to turn over their investigative files.

"I said - I can't sign this," Torribio testified. "We do not have any jurisdiction over a federal agency."

"I was telling him, you can't do this," Torribio told the jury, adding that it was the only time in his 27 years on the bench he'd been asked for such an order.

On cross-examination, Torribio testified that he did not know if Craig ever communicated this information to Baca.

Former L.A. Times reporter Robert Faturechi also testified Wednesday after he was subpoenaed by prosecutors to talk about an interview he conducted with Baca in late September 2011.

"My beat was the Los Angeles County Sheriff's Department," Faturechi told the jury, adding that word was spreading that summer about the FBI investigation and - crucially - the LASD's response to it.

Faturechi testified in court against his will - with an attorney hired by the L.A. Times standing by to object if questions from attorneys veered into information that was not published in any story.

"Subpoenaing journalists is a threat to media independence," Faturechi said in a statement issued by the L.A. Times. "Our attorneys fought back to ensure...I would reveal absolutely nothing about anonymous sources or confidential materials."

Faturechi told jurors that Baca told him in an on-the-record interview that he'd "directed" the LASD sergeants to confront Marx outside her home in late September 2011.

According to Faturechi's testimony and article, Sheriff Baca described the encounter as involving less "intimidating tactics" than the FBI's approach of Michel.

On cross-examination, Faturechi testified that Baca "dismissed any suggestion" that their intent was to "intimidate" Marx.

Marx will face cross-examination on Thursday. Prosecutors are expected to call one final witness, former U.S. Attorney Andre Birotte, before resting their case.

Birotte, now a federal judge, is expected to tell the jury about a tongue-lashing he received from Baca the day after LASD sergeants confronted Marx.

According to court documents, Baca told Birotte and FBI Assistant-Director-In-Charge Steve Martinez - "I'm the goddamn sheriff and these are my goddamned jails." 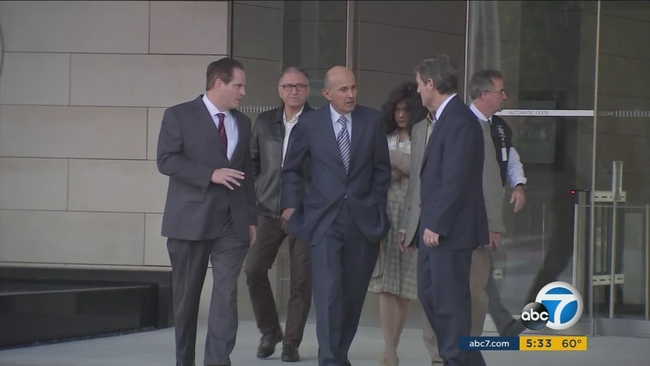 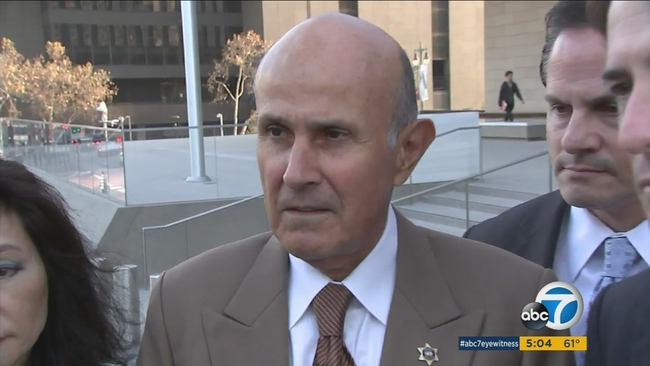 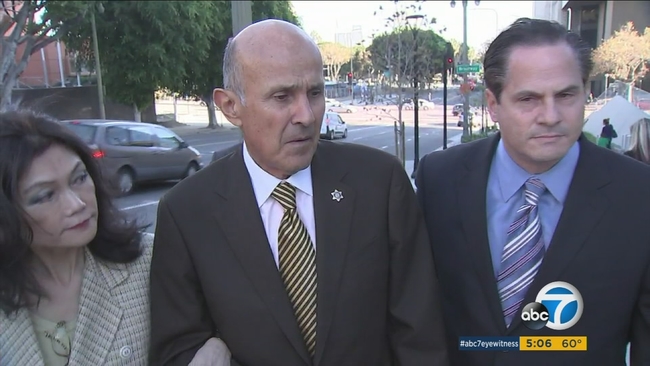 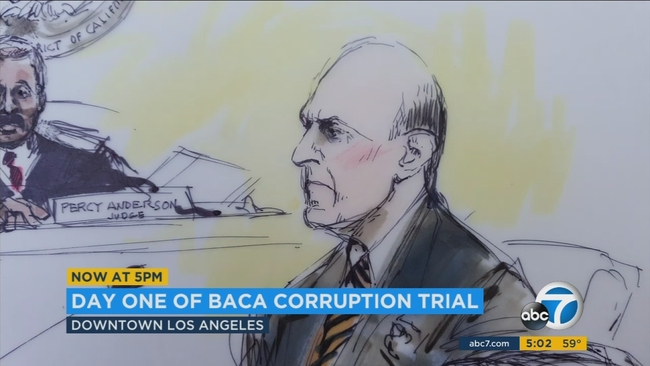