Firefighters knock down blaze at industrial facility in Watts 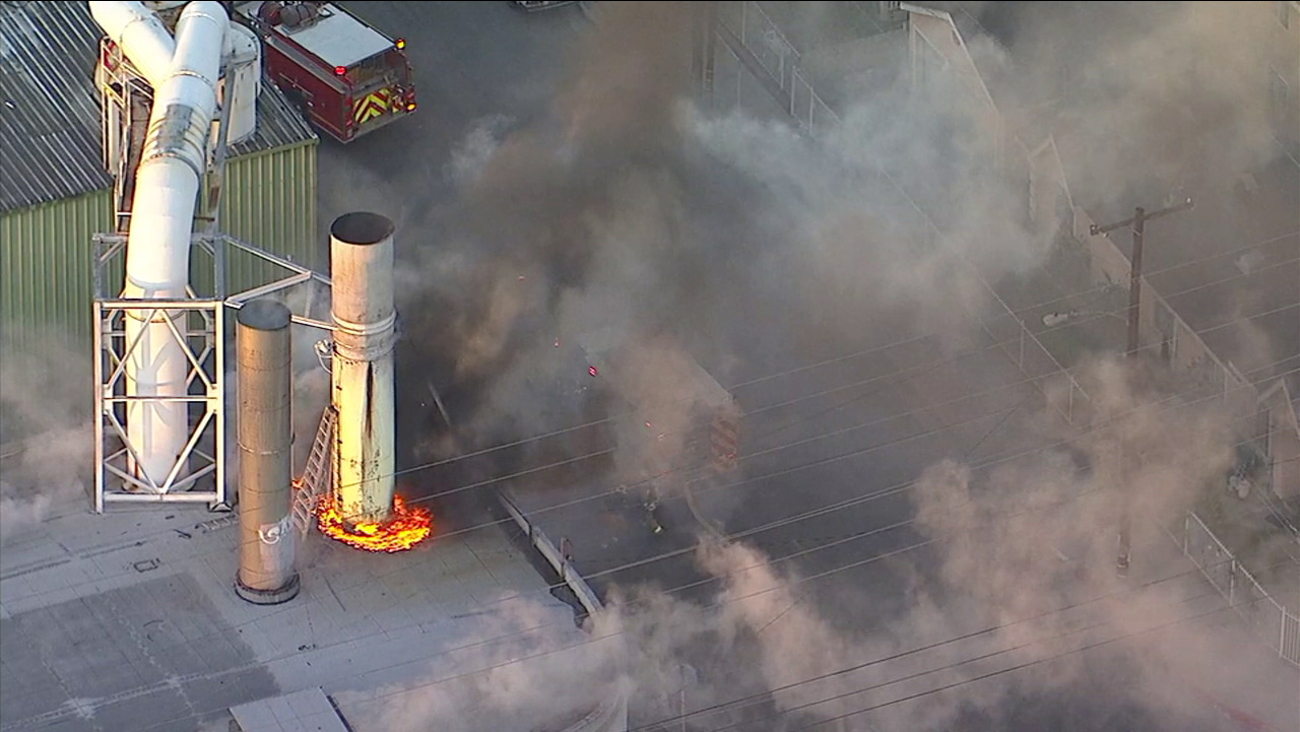 Flames are visible on the roof of a commercial building in Watts on Friday, March 3, 2017. (KABC)

WATTS, LOS ANGELES (KABC) -- Firefighters made quick work of a blaze that broke out early Friday evening at an industrial facility in Watts.

Flames were visible shortly after 5:30 p.m. on the roof of the single-story commercial building in the 9100 block of Beach Street.

Several Los Angeles Fire Department units responded to the scene, where the blaze was limited to a conveying system, or hopper, and did not extend into the structure, the agency said in a news release.

The fire was extinguished by 47 firefighters in 19 minutes, according to the statement. No injuries were reported.