KABC
By Jovana Lara and ABC7.com staff
ADELANTO, Calif. (KABC) -- Doug Bearden and his girlfriend were hiking near Adelanto on Saturday when he saw "something up on the hill that didn't look right."

It turned out to be an overturned SUV - and 69-year-old Barbara McPheron, who had been reported missing almost a week earlier, was trapped inside.

The terrain was too rough to drive, so Bearden and his girlfriend made their way to the red Hummer on foot for a closer look.

"I got about 20 feet away from that car and my hair on my neck started to stand up," he recalled in an interview.

McPheron could barely lift her head or talk, Bearden said. Neither he nor his girlfriend had their cellphones with them, so he waited at the crash site while she ran back to their car and called 911.

The SUV was "really in a bad spot and, I mean, it looks like it's going to continue rolling," the good Samaritan told a dispatcher, according to a recording of the call. "It just happened to stop on some rocks, but it's on the beginning part of the hill, rolling down. It's upside down."

According to the Ridgecrest Police Department, McPheron herself had used her vehicle's OnStar feature to contact 911 on Oct. 23. Authorities conducted a search at the time but were unable to locate her.

When firefighters responded to the scene Saturday, they found the SUV on the 30-degree slope about 100 feet below the top of the ridge.

Firefighters secured a line from a boulder to the Hummer, so it wouldn't tumble down the hill. After about an hour, an urban search-and-rescue team extracted McPheron and she was carried to a waiting helicopter, which whisked her away to a hospital.

She was listed in serious condition but was expected to survive. 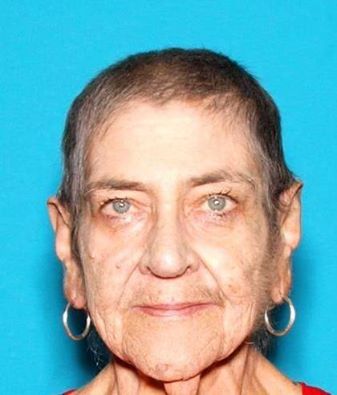 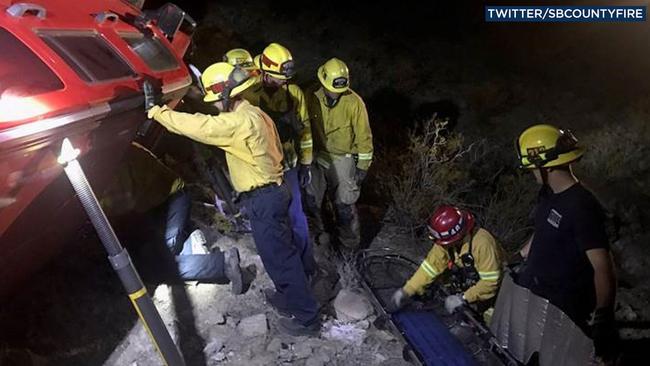