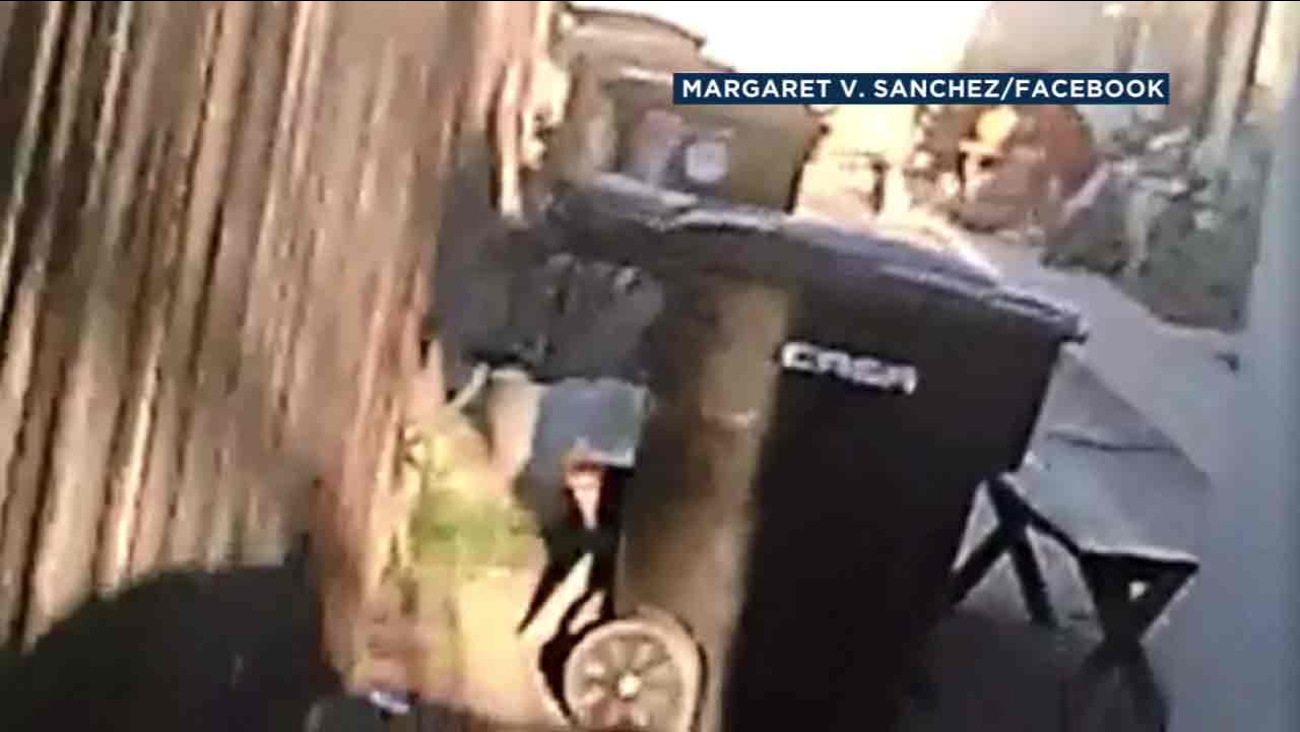 HEMET, Calif. (KABC) -- A father accused of child abuse, after chilling video was posted to Facebook by neighbors in Hemet, was released from jail on Friday and says there is more to the story.

It is hard to see what exactly is happening in the video, but there is no mistaking the plea being made by the 12-year-old boy.

The video was posted to the social media site on Thursday. Neighbor Angie Sanchez said it was her daughter who ran across the street and started rolling when she heard the screams.

"She just got fed up with all this, and she did, she went on Facebook and let everybody know," Sanchez explained.

They were fed up after she said nothing was done to help protect the boy.

On Friday morning, Hemet police were at the child's apartment in the 200 block of N. Alessandro Street. Detectives led away a woman who neighbors identified as the child's mother. Officers arrested the father and placed the boy in protective custody with Child Protective Services, according to a press release issued by the Hemet Police Department.

Sanchez said the boy would often run to their home for help and protection.

"This little boy, ever since he came into the house, always abusing him always hearing him screaming, 'Help me, help me, someone,'" she said.

Neighbor Michael Geisel said he tried to stop it, but couldn't get over the locked fence. He said he saw the boy's father kneeling on the child's groin.

"He was screaming like he was being killed," Geisel said. "I walked over by the fence and see his father beating him..."

The Child's father, identified only as Dennis, was later released after Hemet police later determined no crime was committed. The father said his son suffers from post-traumatic stress disorder and claims he restrains him for his own protection.

Dennis said he had his own video he was able to show police, and said that video was able to clear up a lot of questions from officers.