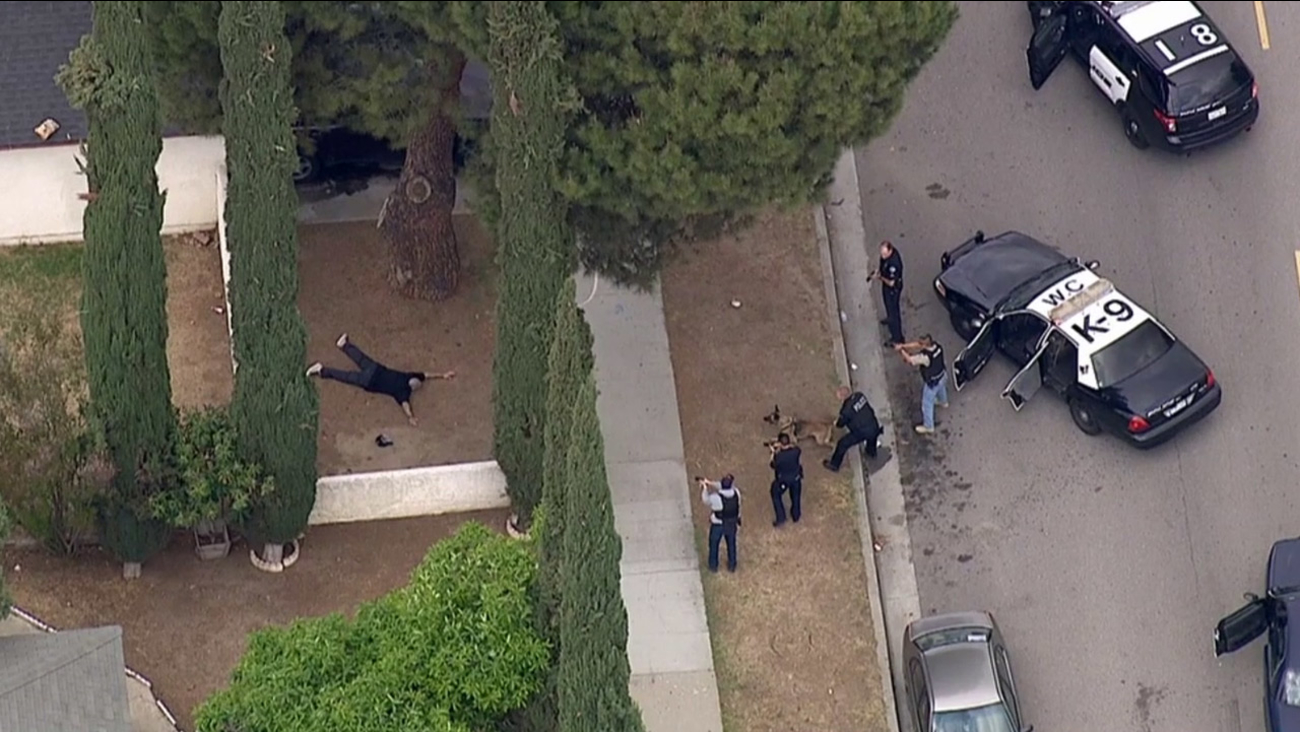 West Covina police take a man who led them in a high-speed pursuit into custody in Azusa on Monday, May 18, 2015.

AZUSA, Calif. (KABC) -- Three suspects who led West Covina police on a high-speed chase were taken into custody in Azusa on Monday.

The pursuit began at about 3 p.m. A silver sedan drove erratically through West Covina and Pomona surface streets and the westbound 210 Freeway, before crashing into a telephone pole in Azusa about an hour later. 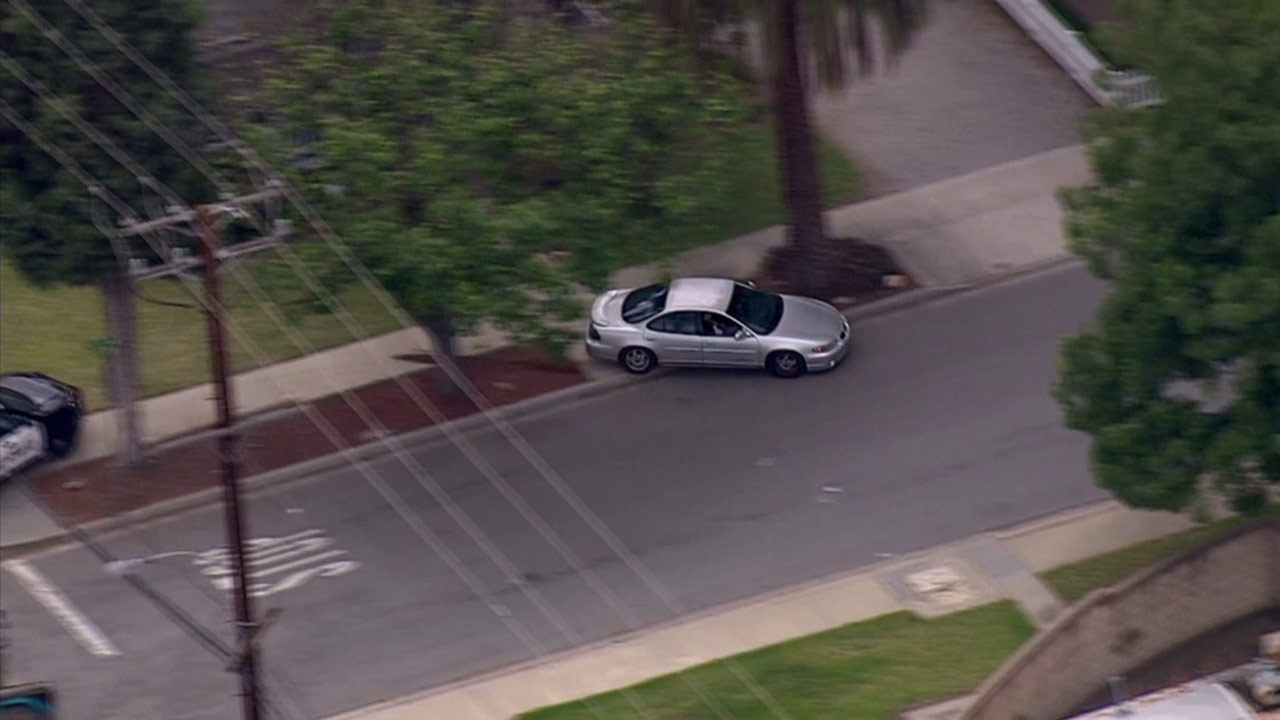 The three suspects then fled on foot. One man surrendered to police minutes later and a second suspect was found after police searched the neighborhood. A third suspect was found in a shed and was being treated by Los Angeles County Fire Department paramedics for dog bites from a K-9.