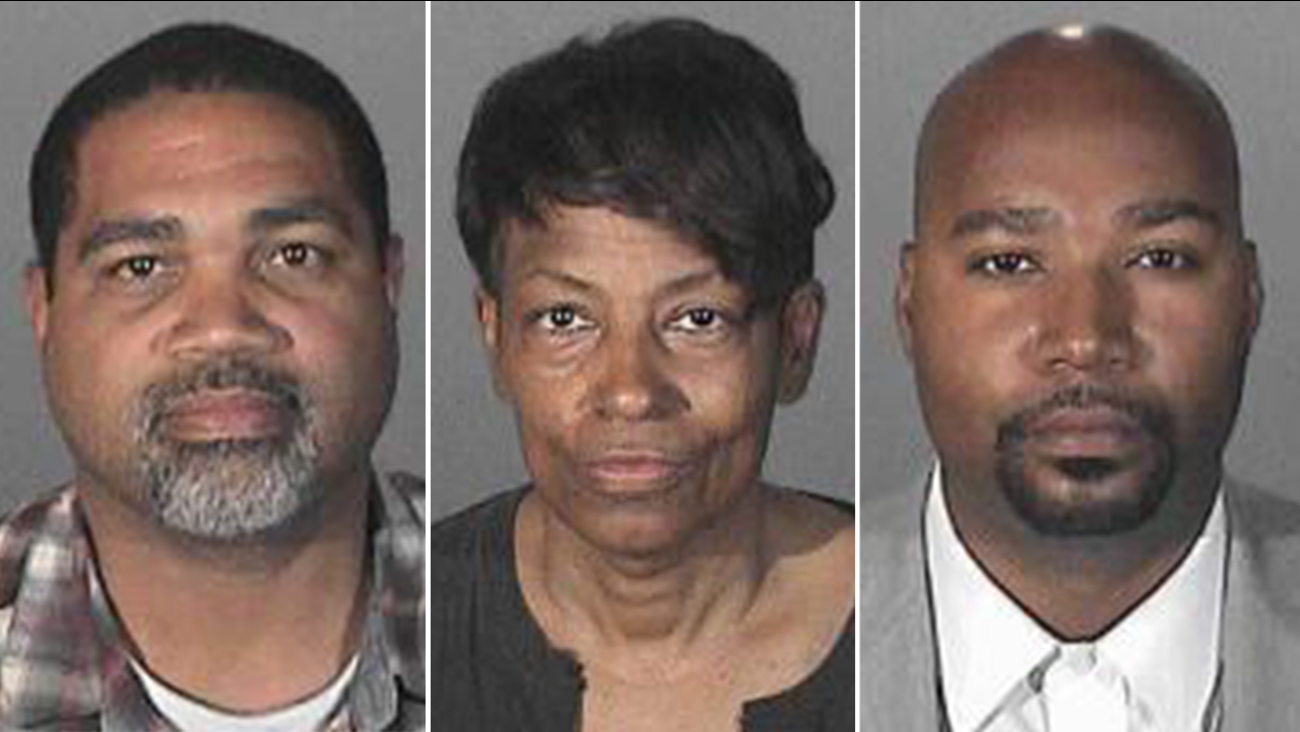 Badges, identification cards, weapons, uniforms, police-type cars and other law enforcement equipment were found in the searches at both locations.

Henry, Hayes and Kiel were all arrested for impersonating a peace officer and booked at the Santa Clarita Valley station. Henry also faces charges of perjury under oath. Kiel, who worked as deputy director of community affairs at the California Department of Justice, faces charges for misuse of government identification.

He is on administrative leave and the department could not comment on an ongoing personnel matter or criminal investigation.

Near the end of January, chiefs of select law enforcement agencies throughout Southern California received letters stating Henry had been elected as chief of the so-called MFPD.

Shortly after the agencies received the letters, many started receiving phone calls from Kiel, who identified himself as the chief deputy director of the organization. He began requesting meetings with agency chiefs.

A meeting was scheduled between members of MFPD and Capt. Roosevelt Johnson with the Santa Clarita Valley Sheriff's Station on Feb. 4.

During the meeting, the group claimed they were descendants of the "Knights Templar" and that their police agency was created in 1100 B.C. The members also claimed their department had sovereign jurisdiction in 33 states and Mexico.

The meeting raised red flags, and LASD detectives began an investigation into the group.

Detectives conducted their investigation in collaboration with several other law enforcement agencies and found that MFPD was not legitimate. Detectives also believe the three suspects were attempting to deceive citizens in the community and that other people may be associated with the fictitious organization.

The case is still under investigation. Anyone with more information is asked to contact the LASD Emergency Operations Bureau Sheriff's Intelligence Unit Detective Amalia Hernandez at (323) 980-2211. Those wishing to remain anonymous may contact "Crime Stoppers" at (800) 222-8477.