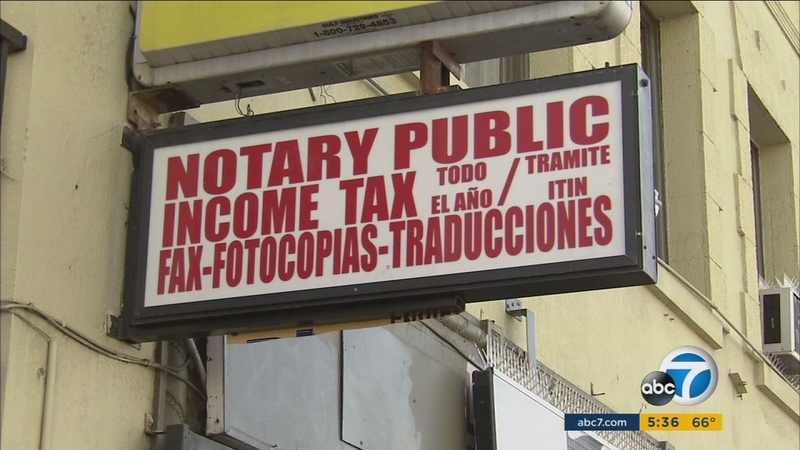 Amid increased immigration enforcement by federal officials, local authorities say scam artists are ready to prey on those looking for help to receive legal status.

"In this atmosphere, we know that there will be people in our community - immigrants who, out of desperation - will turn to so-called 'notarios' for legal assistance," L.A. City Attorney Feuer said at a news conference.

In some Hispanic countries, a notario, or notary, is someone who is authorized to give legal advice. The same is not true in the United States.

"These individuals present themselves as qualified to answer legal questions. They promise them security on immigration issues, and some even promise to get immigrant legal status for them," said L.A. City Councilwoman Nury Martinez. "But far too often they lie and cheat these families out of their hard-earned paychecks."

Officials said some immigration consultants do follow the law, and that's why they've proposed a licensing program that would include a background check.

"Immigration law is very complicated," said Rigo Reyes of L.A. County's Department of Consumer Affairs. "One simple mistake can have sometimes irreversible consequences for a family that could end up ... in deportation."

In an ongoing case whose trial is scheduled to begin next week, an alleged notario was caught during an undercover investigation.