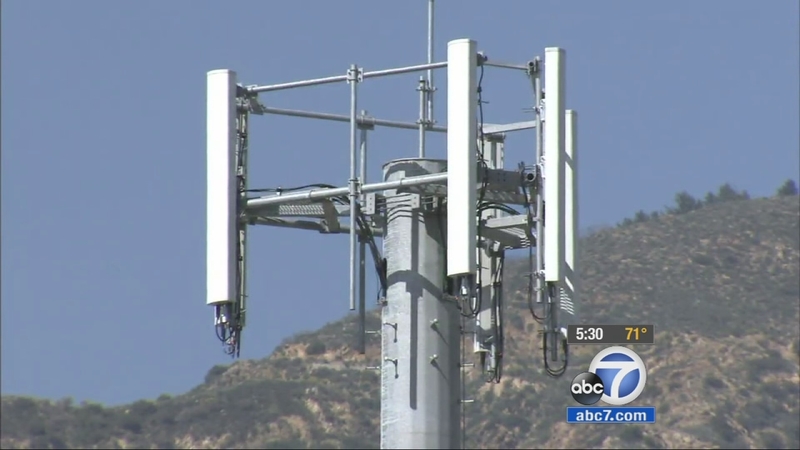 Dozens of firefighters came to the Los Angeles County Board of Supervisors meeting Tuesday to let them know they do not want cell towers where they work.

"The proximity of the towers and people living next to the towers is of grave concern, but it's a very complex issue as to how those radio waves affect people all the way up to three miles away," said Dave Gillotte the president of Los Angeles County Firefighters 1014.

The towers are going up at fire stations and sheriff's stations, which is part of a new high-tech communications system to help first responders talk with one another. It's being planned by the Los Angeles Regional Interoperable Communications System (LA-RICS).

According to Patrick Mallon from LA-RICS, they are looking at 177 sites. Fifty-one sites are currently under construction and eight have been completed.

But some firefighters and residents say they are worried about radiation exposure and claim these projects were pushed through without any oversight because federal funding ends on September 1.

"If I don't sue, somebody will. I'm going to protect my three babies under the age of three under my roof," one Rolling Hills resident said.

Another resident was concerned about the cancerous effects the towers could have.

"If I thought this posted significant health concerns to the firefighters I would raise that concern to the board," he said.

The board agreed there are still too many unanswered questions and concerns and decided to stop construction for now at fire stations. They criticized the planners.

"This is stupid, and again the point is how we got this far is irresponsible," Supervisor Michael Antonovich said.

Supervisors approved a motion to stop construction at fire stations and study the issue further. They will also request the Department of Commerce to approve an extension to be able to get federal money in the future.