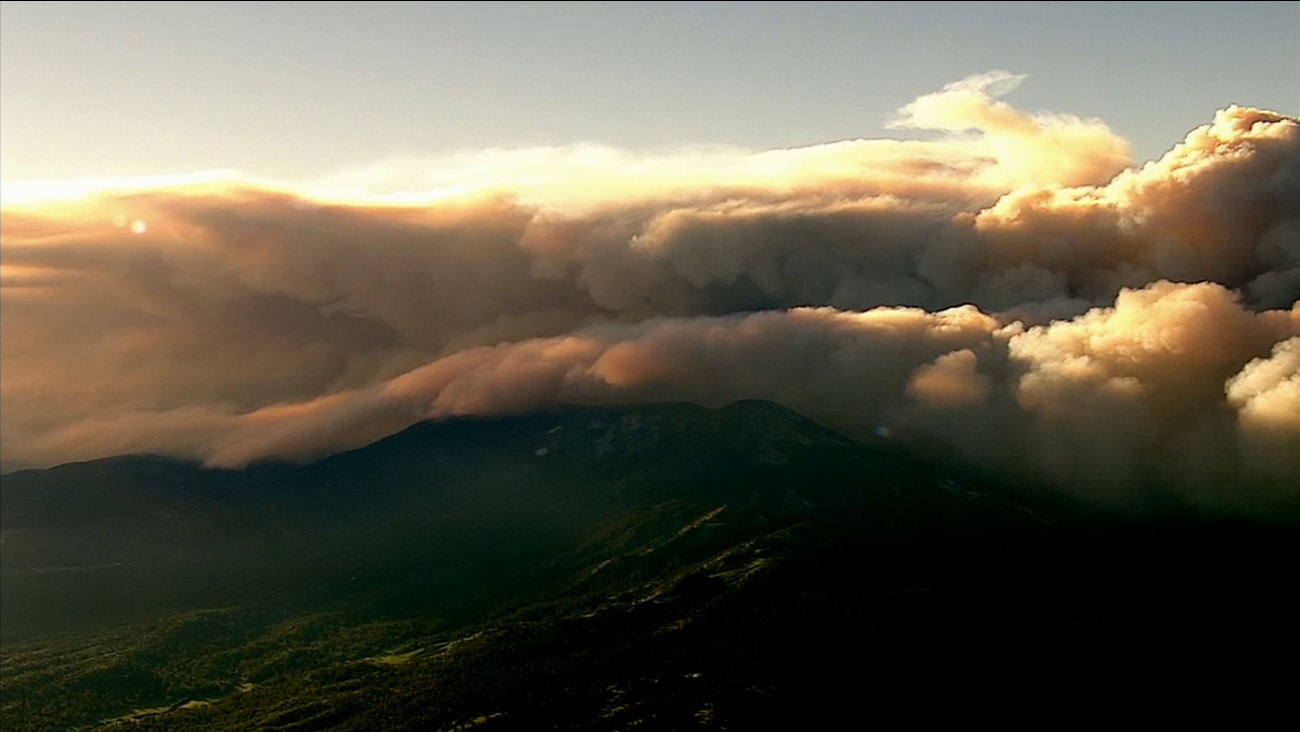 Smoke from the massive Lake Fire is seen over the San Bernardino National Forest on Friday, June 19, 2015.

SAN BERNARDINO, Calif. (KABC) -- The Lake Fire, which erupted on June 17 in a remote area of the San Bernardino Mountains, has grown to 20,000 acres and is 27 percent contained.

Firefighters continue to battle the flames with a fleet of water-dropping aircrafts, but on Wednesday afternoon they were temporarily stopped because a drone was spotted flying near the fire around 5:30 p.m., Cal Fire officials said.

Tonight a hobby drone grounded firefighting aircraft by flying over the #LakeFire. When you fly...we CAN'T! Puts our pilots lives at risk.

It was not immediately clear who was responsible for the drone.

About 360 campers at Camp Oakes in the Lake Williams area was evacuated as the fire was heading north. Mandatory evacuations were also ordered Wednesday night in the community of Burns Canyon and Rim Rock. San Bernardino County sheriff's deputies also placed the community of Pioneer Town under voluntary evacuations.

The blaze is burning in the Barton Flats area, just south of Big Bear near Highway 38.

The cause of the fire is still under investigation. No structures have been damaged or destroyed, and no injuries were reported.
Related topics:
san bernardinosan bernardino countybrush firefire
Copyright © 2020 KABC-TV. All Rights Reserved.
RELATED 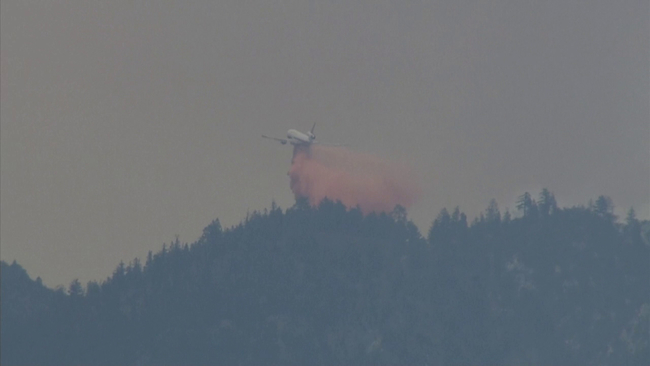 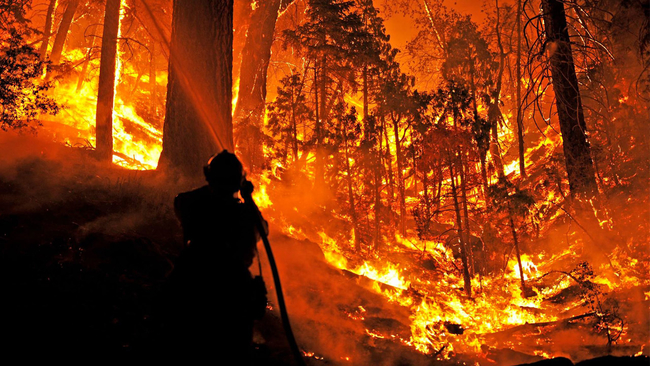 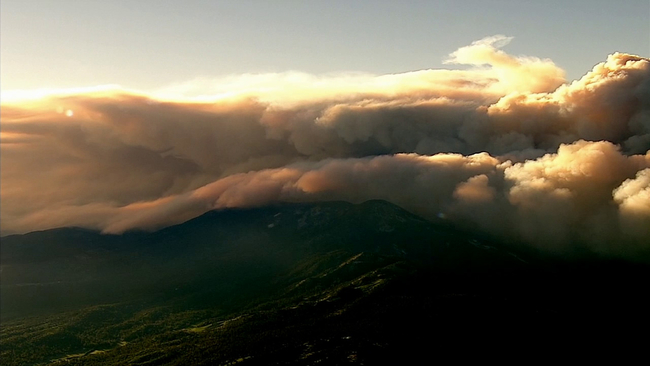